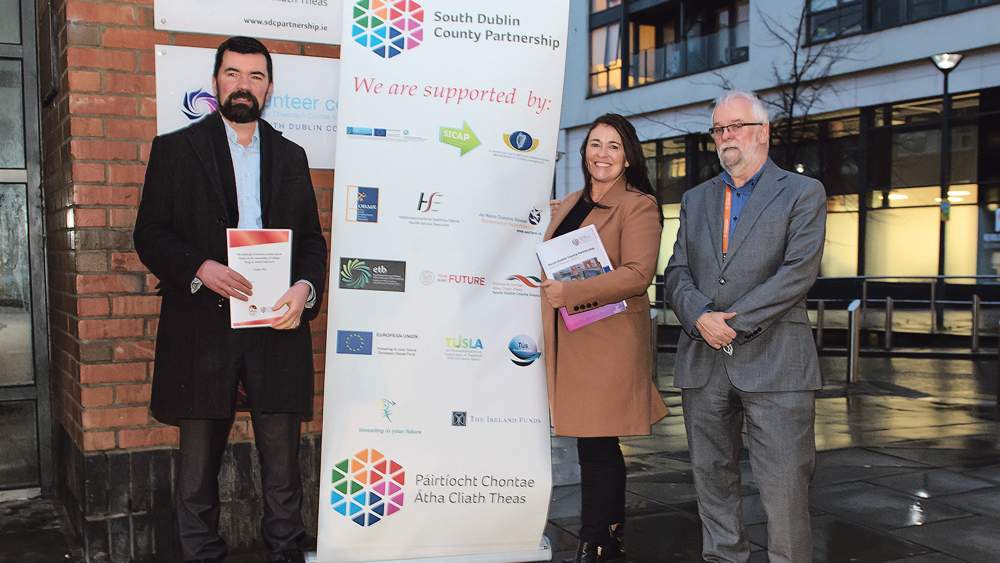 THE Minister of State at the Department of Rural and Community Development, Joe O’Brien TD, announced funding for detached street workers to be deployed in Killinarden and West Tallaght to give young people better opportunities, writes Aimee Walsh.

Detached workers are workers who engage with vulnerable and socially excluded young people in our communities and help them connect with supports that will aid them in addressing their needs and achieve successful outcomes.

Deputy O’Brien visited South Dublin County Partnership (SDCP) Headquarters in Tallaght on Thursday afternoon, December 9, to announce the funding allocation. The funding will allow detached street workers to be deployed in the two Tallaght areas for an initial pilot programme which SDCP hope will run over a two-year period.

Speaking about the announcement, CEO of SDCP, Larry O’Neill told The Echo: “They will be employed by SDCP in conjunction with the Drugs and Alcohol Task Force in the area as well as other stakeholders.

“It is to provide opportunities to young people who may be sort of sitting on the fence at the minute and it is about giving them opportunities and access to other programmes that will help them to think about their future in a different way.”

The workers will be highly qualified street workers who will help young people through the process of finding opportunities and setting a pathway for their future.

“We will be using a lot of the stuff that we already have within the partnership such as the KICK programme, the social prescribing programme and the supports and education support,” said Larry.

“Every opportunity we can help give them a chance to move out of where they are. We are taking best practices from BRYR in Ballymun and SWAN Youth Service in the inner city. We are still at the development stages of this, and we are still going to learn an awful lot more as we go along.

“As part of my commitment to The Department of Rural and Community Development, I agreed that we would set up a peer network of projects in the greater Dublin area who are doing this type of work. We hope to have this up and running in the first quarter of next year.”

In light of recent publicity surrounding the crack cocaine epidemic in Tallaght, the programme hopes to steer young people in the right direction in the area by giving them access and opportunity they may not have had otherwise.

Larry added: “We believe that in trying to break the cycle we are trying to achieve something and give people an opportunity to do something different.”

The South Dublin County Partnership has appointed Paula Donovan as the new Chairperson of the board, .

Former Fine Gael councillor for the Rathfarnham area, Paula Donovan was elected as the new chair on Wednesday, December 8, with CEO Larry O’Neill making the official announcement on Thursday, December 9.

Speaking about the appointment of Ms Donovan, Larry said that the board is “delighted” with the progression.

“Paula is somebody who is highly skilled and has done a lot of work for us already in the partnership – we really look forward to working with her for the next couple of years,” he said.

Ms Donovan will take over the position from current chair, Jim Fay.

“We also recognise the great work that Jim Fay has done over the past couple of years, not just for us but also for the wider community in

“Volunteers should always be recognised for their contribution to society, and I think that they are very undervalued, and Jim was an excellent chairperson,” added Larry.