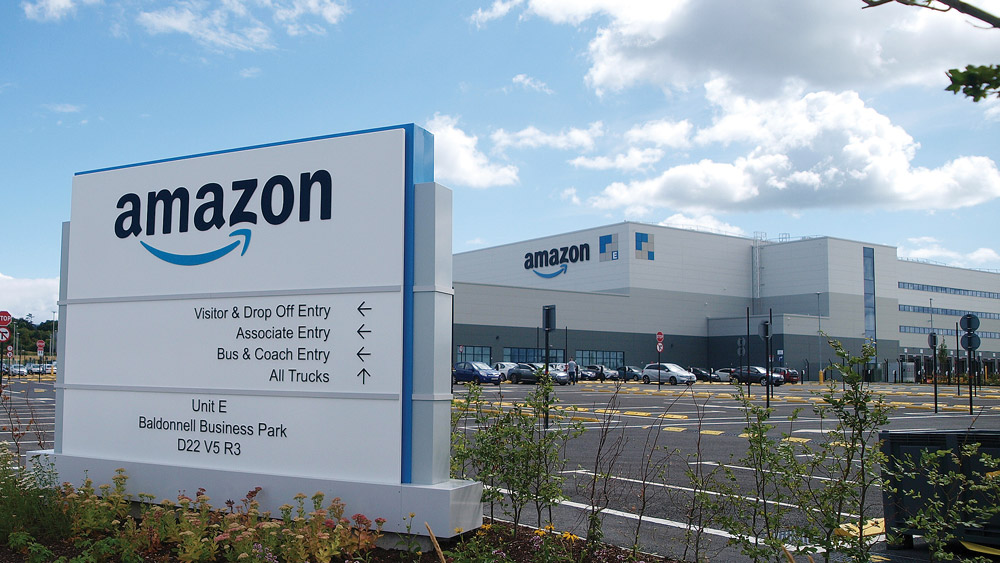 AMAZON has started shipping items to customers from its new fulfilment centre in Baldonnell.

Billed by the corporate entity as a first of its kind in Ireland, creating 500 new jobs, Amazon say the centre will help provide faster delivery for customers across the country seven days a week, including one-day delivery on hundreds of thousands of items.

The 630,000 sq ft centre at Baldonnell Business Park will hold millions of items to be picked, packed and shipped to customers across the island of Ireland and the rest of Europe. The fulfilment centre in Dublin joins the two Amazon delivery stations, based in Rathcoole and Ballycoolin, to open in the Republic of Ireland.

Amazon opened its first office in Ireland in September 2004, then a Customer Service Centre in Cork in 2006, and in November 2007, Amazon Web Services (AWS) launched its first infrastructure region outside of the US in Ireland.

Jack Crane from Dublin is part of the new team in Baldonnell and was the first person to pick and pack a customer order from the site.

The first order, a laptop stand and a connector for a computer monitor, was picked and packed at the fulfilment centre before making its way to the Amazon delivery station in Rathcoole.

The parcel was sorted and loaded onto a delivery van, which was driven by Hilary Redmond, an independent contractor engaged by Jetline Logistics Ltd to deliver Amazon parcels, to the home of Alex Dobinson in South Dublin.

Jack Crane, who works at Amazon’s new fulfilment centre as a picker, said: “I’m proud to be part of the new team here at Amazon in Dublin and I’m excited for the great things we’re going to achieve together. It’s fantastic to be part of a company that’s delivering for customers in Ireland while also offering many training and development opportunities for employees in a safe and modern environment.”

Darragh Kelly, General Manager at Amazon’s fulfilment centre in Dublin, said: “As a proud Irishman, it’s an honour to lead the opening of our first ever fulfilment centre on the island of Ireland. Our new fulfilment centre will provide customers across Ireland with faster delivery times while creating hundreds of roles across a wide range of disciplines including engineering, HR, IT, health & safety, finance and operations management.”