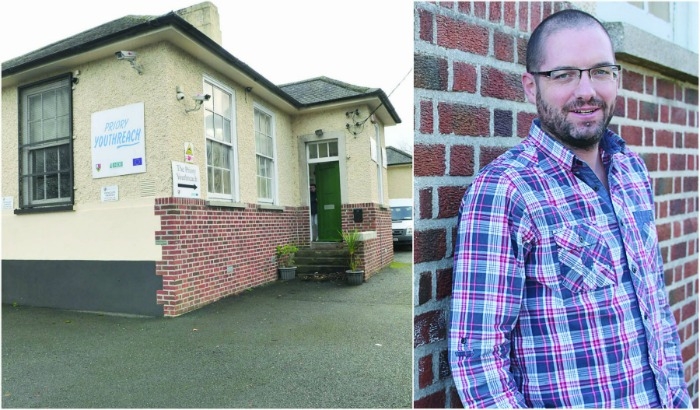 Anger as school meals service is refused to Priory Youthreach

AN EDUCATIONAL centre for young people in Tallaght village has been refused the school meals programme for a third year running, despite more than half of its student coming from disadvantaged com-munities.

Priory Youthreach offers a supportive and structured education programme for young people between the ages of 15 and 20 years who, early school leavers, have been excluded from main stream education for a variety of personal and social reasons.

As part of the programme, which covers basic subjects such as maths, English and computers, students also received a national training certificate in food and nutrition, with different groups taking it in turn to prepare the breakfasts and lunches for the school each day.

Priory Youthreach co-ordinator Paul Curtis told The Echo: “Alongside teaching the young people life skills such as cooking and nutrition in a functional kitchen, providing breakfasts and lunches also ensures that young people are not going through the day hungry and that they have energy for the day.

“Some of the young people that come to us could potentially be coming to Youthreach with no food if we did not provide it.”

For the past three years Priory Youthreach has applied for funding for the school meals programme, but they have been turned down each time as it is not considered a ‘DEIS school’.

Paul told The Echo: “This is very unfair, 16 of our 28 students come from disadvantaged communities, which have DEIS status in their schools, such as Jobstown, Killinarden, Fettercairn and Brookfield.

“The village is not classed as a DEIS area, which I am very surprised at, and as a result Priory Youthreach is spending a third of its annual budget on food, which is a huge chunk of money that could be used for the upkeep and maintenance of the building and for academic reasons.

“It’s also very unfair when Tallaght’s second Youthreach centre in Killinarden has been granted funding even though we provide the same service and take young people from across the same catchment area.”

St Mary’s primary school in Tallaght village, which lies beside Priory Youthreach, lost its disadvantage status in 2011, with the busy school incurring a huge loss in terms of funding and staffing that year.

The change in status came as a shock to the school community at the time, who believed that something didn’t add up, considering St Dominic’s national school in Mountain Park, which lies a short walk away over the Charlie O’Toole Bridge, has DEIS status.

In response to a par-liamentary question Deputy Crowe lodged, the Minister for Social Protection Leo Varadkar wrote: “As the centre [Priory Youthreach] is not a DEIS school it was not considered for funding for the current academic year and this information was communicated to the organisation’s Co-ordinator.

“Officials in my Department are engaging with colleagues in the Department of Education and Skills in examining options regarding the provision of the additional funding to schools for the next school year.

“Priority will be provided to those schools where there is most need and the availability of funding for Youthreach centres can only be considered in the context of the take-up of the support by these schools.”

On reading the Minister’s response, which included information on the €42 million which benefited more than 200,000 children last year through the school meals programme, Paul said: “It’s all very well for the Minister to be quoting statistics back at us but the whole thing just doesn’t make sense and we will continue to appeal this and will be writing to all of our local representatives for support.”