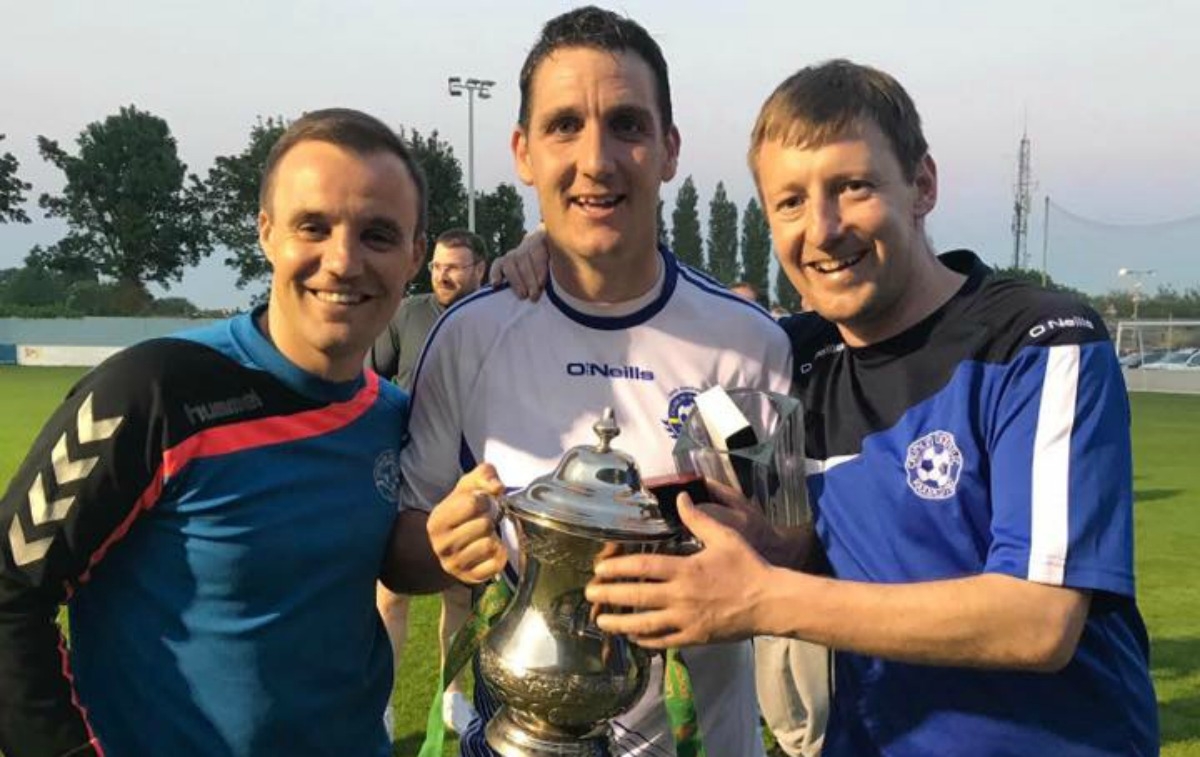 Another Blue day for ’Bell as Crumlin lift Cahill Cup

It was a case of déjà vu for Crumlin United and Bluebell United intermediates at the close of Thursday night’s Charlie Cahill Cup Final at Whitehall Road.

Just as it did two years ago, this decider saw Crumlin emerge 3-1 winners over their neighbouring rivals as Martin Loughran’s men completed their season on a high note.

James Lee propelled them in front midway through the first half after Jake Donnelly had flicked the ball into his path on the edge of the box and he fired home.

Their lead was doubled ten minutes into the second half when a teasing delivery into the box eventually fell to Conor Murphy and he toe-poked it to the back of the net.

Karl Russell pulled one back for Bluebell in the closing minute of regulation time, but any hope of a dramatic comeback was laid to rest when Jake Donnelly sent his free kick over the wall and to the target in the third minute of injury time.

For the Pearse Park side, it was a positive close to the season while, for this Bluebell outfit who, only five days before, had beaten Crumlin in their final league match, it was another heartbreaking finish to a campaign having lost out on a third consecutive Leinster Senior League crown to St Mochtas by just a solitary goal last weekend.