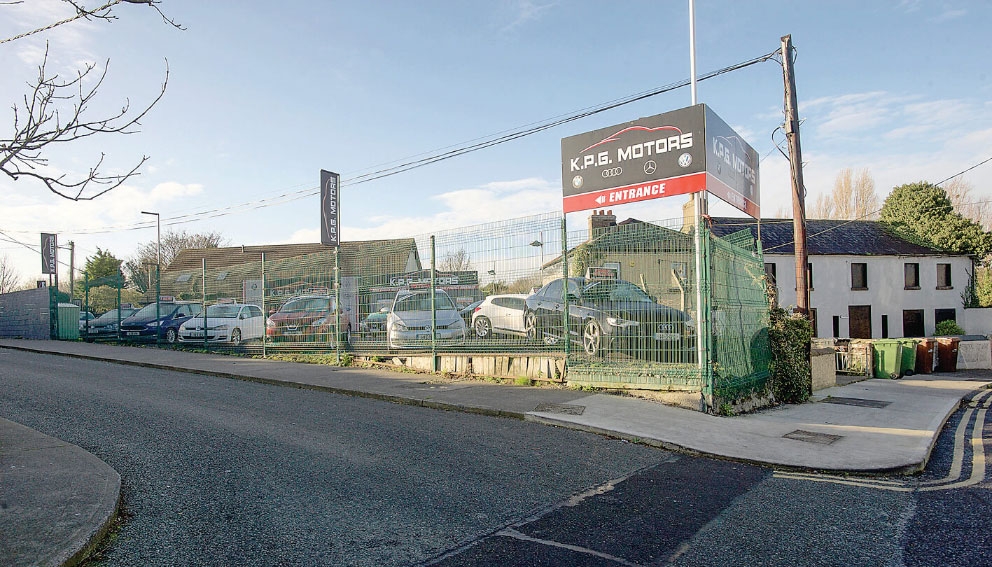 PLANS for the construction of a new 12-unit apartment development on the Old Nangor Road in Clondalkin have been given the green light by South Dublin County Council.

Applicant James Stafford submitted the application to the local authority in October, outlining plans for the construction of a part two-, three- and four-storey apartment development, to house four two-bed units, seven one-bed units and one studio unit.

The site on the old Nangor Road

Provision for roof gardens and recessed balconies are included in the application, while there are plans for 12 car-parking spaces and 18 bicycle spaces at ground-floor level, with a landscaped deck above.

It is proposed that vehicular access to the site will be provided at Mill Lane, and that landscaping and site works associated with the development will take place at the junction of Mill Lane and Leinster Terrace.

Two third-party submissions were lodged on the plans, one of which objected to the proposed development, while the other suggested alterations to the plans.

Peter Ging, from Clondalkin-based PM Ging Architects, stated that the proposed design would be “detrimental to the architectural character” of Clondalkin Village, and he described the proposed development as having “crude massing and a visually disturbing arrangement of windows”.

Mr Ging added that the proposed development was also “not aligned vertically” and that he believed a better design could be produced that would be “sensitive and sympathetic” to the context of the surrounding buildings.

Robert Dowds made a submission on behalf of Clondalkin Tidy Towns, where he stated that the community group does not object to the development of apartments in this location, but that the proposed development is in “a sensitive location”.

Mr Dowds referred to surrounding buildings, including the old RIC Barracks and Brú Chrónáin, and said that Clondalkin Tidy Towns objects “to the box-like nature of the proposed structure, on the grounds that it won’t fit comfortably with the two buildings”.

According to Mr Dowds, the community group has urged the council to redesign the front and side of the building “so as to fit in with the external appearance of both Brú Chrónáin and the old RIC Barracks.”

South Dublin County Council granted permission for the development last month, with a number of conditions.

These conditions include the developer paying a sum of €12,000 to the council for the upkeep of local parks, in lieu of the provision of open space in the development, and a landscape design rationale concerning the development will have to be submitted to the local authority.

Details of the development’s external finishes will need to be provided to the council, while the boundary treatment to the open space at the edge of Old Nangor Road and the front of the development is to comprise a limestone-clad wall, and no railings are to be placed on top of the wall.