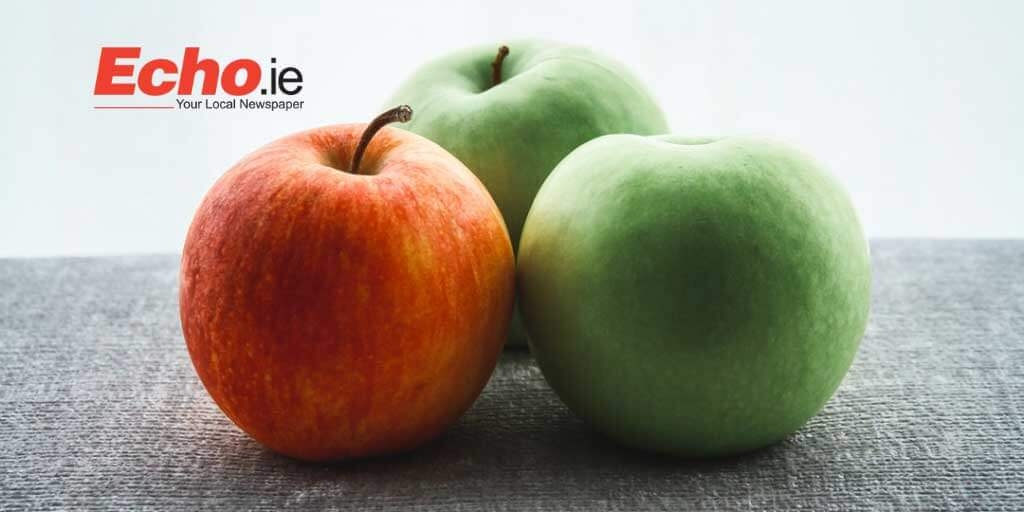 Apple jokes had chamber in stitches

A ZIPPY speech about Clondalkin Orchard Project by Councillor Brian Leech had the entire chamber in stitches after he compared apples to councillors at the recent council monthly meeting, reports Hayden Moore.

Pressing that any apple trees planted should be native Irish apples in the upcoming building of an orchard, Solidarity Cllr Leech highlighted how there is more imported fruit then ever before.

Cllr Leech challenged the chamber to find a single Irish fruit in stores, stating that they “will have difficulty, because there is none available” as there are apples from all over the world instead.

He said: “It’s at a stage now where you can make an Irish stew with every vegetable sourced outside Ireland – I think that’s quite shocking.”

“Ireland has a rich tradition of Heritage apple trees that can grow and did grow in every county in Ireland. Not just in traditional apple-growing counties like Armagh and Tipperary.

“No need to go to New York, we have the rich taste of the Big Apple here in Ireland.”

The entire chamber erupted in laughter when Cllr Leech told them about the ‘Councillor’ and ‘Richardson’ species of apples.

“There is even a variety named ‘Councillor’ which was a seedling originally grown in Dublin in 1930 by Cllr JJ Walsh,” said the Solidarity councillor.

“There is another variety named Richardson and comes from Kilkenny – like Councillor Richardson it’s aromatic and sweet, and needs a sunny location for the best results.”

The ‘300k – Have your Say!’ initiative was launched last year and the Lucan electoral area was chosen to be the pilot area to great success, and now this year Clondalkin was picked.

While making the Annual Budget of South Dublin County Council, councillors decided to set aside €300,000 in extra discretionary funds for locals to decide and vote on future community projects through a public consultation process.

With no location chosen yet for the Clondalkin Orchard Project, Mayor Mark Ward told The Echo how he would like to see the orchard built in north Clondalkin.

“The way the €300k worked out this year, to no fault of our own or anyone else, didn’t really go as far as North Clondalkin so I would like the area of North Clondalkin to be put forward for the building of the community orchard,” said Mayor Ward.