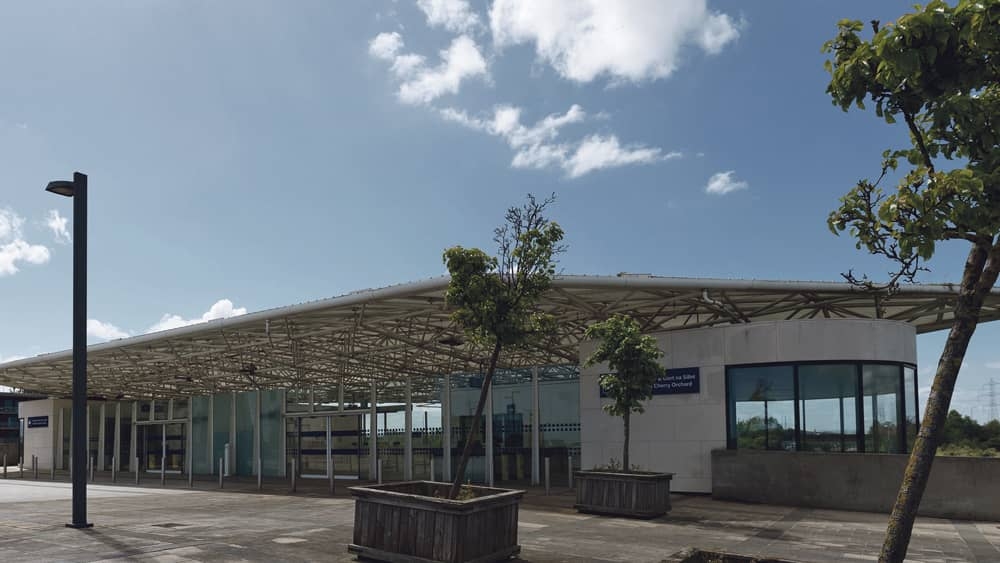 CHERRY Orchard and Ballyfermot are the “forgotten cousin” when it comes to poor transport links, according to councillors, who want to see local train stations and a new Kylemore station included in the DART+ South West Project.

Iarnród Éireann is currently progressing the DART+ South West Project – a programme of DART improvements in the Greater Dublin area - which will complete the four tracking from Park West and Cherry Orchard Station to Heuston Station.

Although the DART+ project does not include provision for new stations, Kylemore bridge could be a location for a new station, but this would be subject to funding from the National Transport Authority, according to Iarnród Éireann.

“You need better connectivity for people living there, plans are in place for further development in the area. It is hard to put in 200 houses and new businesses if you have little connectivity. When the Luas was put in Tallaght it did great things. Inchicore and Bluebell are well served by the Luas and bus routes, Cherry Orchard has only one bus.”

Last month, Cllrs Doolan and Vincent Jackson (Ind) urged Dublin City Council to send a letter to Iarnród Éireann, to ensure Dublin 10 was included in the project as a matter of urgency.

Cllr Jackson lamented the sense that Ballyfermot is the “forgotten cousin’ when it comes to transport, or rather the lack of available options.

He said you could spend the best part of the day trying to get from Ballyfermot to Ballsbridge via public transport under the current arrangements.

The Dublin Commuter Coalition is also calling on Iarnród Éireann and the NTA to build stations at Ballyfermot, Cabra and Heuston West as part of the DART+ South West project and “not push it further into the future.”

The group said the project proposes “only technical upgrades with little to any passenger facing improvements”, and cited stations like Adamstown which “will see no aesthetic or functional improvements.”

Dublin Commuter Coalition Chairperson, Kevin Carter said: “Ballyfermot, Inchicore and Cabra have large working-class populations and this programme seems to skip over them in the provision of high-frequency rail transport, something they have grown much too used to.

“Dublin’s rail-based transport has thus far been built to merely meet current demand and then later add things as necessary.’

The project is set to electrify commuter lines from Hazelhatch and Celbridge Station to Heuston Station and the Phoenix Park tunnel to allow a significant increase in train and passenger carrying capacity.

Cllr Doolan said it “also makes sense to have a station on Kylemore Road” to provide greater connectivity between the community and the city centre.

In response to Cllrs Doolan and Jackson, Iarnród Éireann said any decision to proceed with a future station at Kylemore will be subject to an economic appraisal and funding from the NTA.

Jim Meade, IE Chief Executive said: “The design of the Kylemore Road bridge will allow for adequate spatial provision for a future station. The bridge design will also consider relevant loadings to ensure structural capacity in the event of a future Luas line to be constructed over the section.

Mr Meade said the “passive provision” of Dart+ will be a “significant benefit to any future economic appraisal.”

The first round of public consultation on Dart+ South West will begin this week.