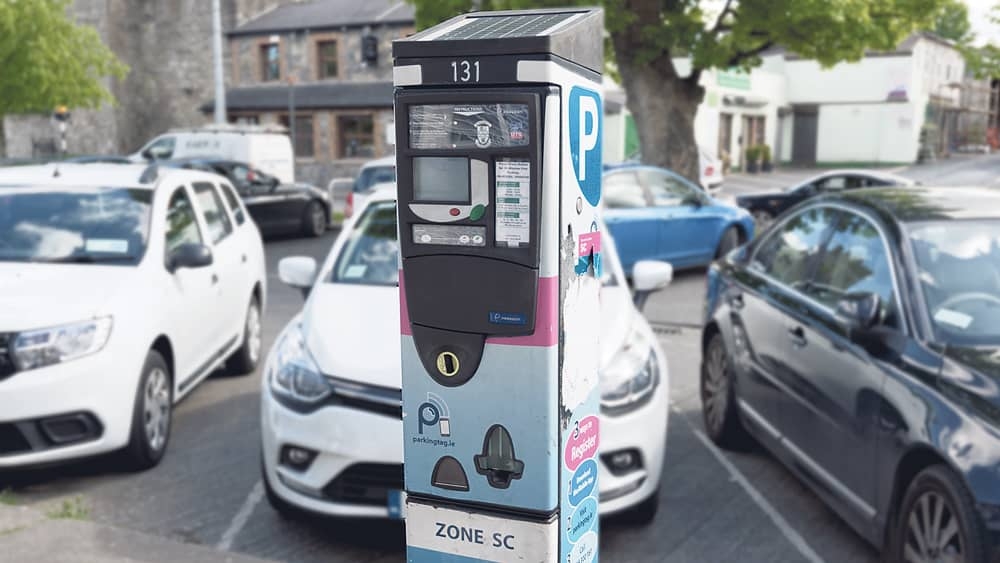 A POTENTIAL scrapping of the 30 minute free parking in villages, was rejected by members at South Dublin County Council.

The local authority proposed a number of changes to parking bye laws, which were fervently debated by members for over three hours at a council meeting on Monday evening.

A parking meter in Clondalkin village

The current arrangement for pay and display, is it is free for the first 30 minutes if a motorist presses the green button on the meter without putting any money in.

The council proposed a minimum purchase of .50c for a half hour stay, with a 15 minute grace period.

The council said representation from businesses in villages was that they would prefer to see the proposed model, particularly as Saturdays are often “chaotic” in terms of the limited parking available.

Mick Mulhern, Director Planning and Transport at South Dublin County Council, noted the council only have three wardens for the entire county, making it “very difficult to manage the system”.

He said the 30 minute period was “currently abused based on the level of resources that we are able to put into it”.

Since the introduction of a pilot scheme for free parking minutes in 2016, the council estimate a loss of €200k.

Two amendments were submitted to the draft plan opposing the loss of 30 minutes free parking in villages, by a Fine Gael group (including Cllrs Lawlor and McManus) and the ‘Tallaght Three’ (Cllrs O’Connor, Duff and King), who specifically focused on Tallaght Village.

A whole raft of further amendments were submitted by other members.

Cllr Mick Duff (Lab) said people of “different abilities” need to access the villages in vehicles, and “if someone is a serial offender, surely we can hone in on them”.

Cllr Cathal King said the village of Tallaght was for “all the people of Tallaght” and it contained “essential services”.

Cllr Kieron Mahon (Sol) said the proposals were about “revenue” and that parking is “already limited in villages”.

“We should protect and maintain what we have. This is like shooting fish in a barrel.”

Cllr Mahon was opposed to the introduction of pay and display on Airton Road, noting it is used by many visitors to Tallaght Hospital and it is a road with adequate space.

Cllr Alan Hayes (Ind) welcomed no increase in permit rates for residents and allowing resident permits to be used on the Old Lucan Road in Palmerstown Village.

“The parking meter system in the county pays for itself, it was never designed to generate a profit,” he said.

Planning Director Mulhern reiterated their consultations last year with businesses in villages who he said, saw benefits in “managing parking in the village” and the “detrimental impact in the ability to turnover cars”.

Over 130 submissions were received during the consultation phase.

The key issue of concern was the retention of the 30 minutes free parking, particularly in the Rathfarnham areas from which 62 per cent of submissions were received.

The second biggest issue related the proposals for pay and display in Newcastle Village.