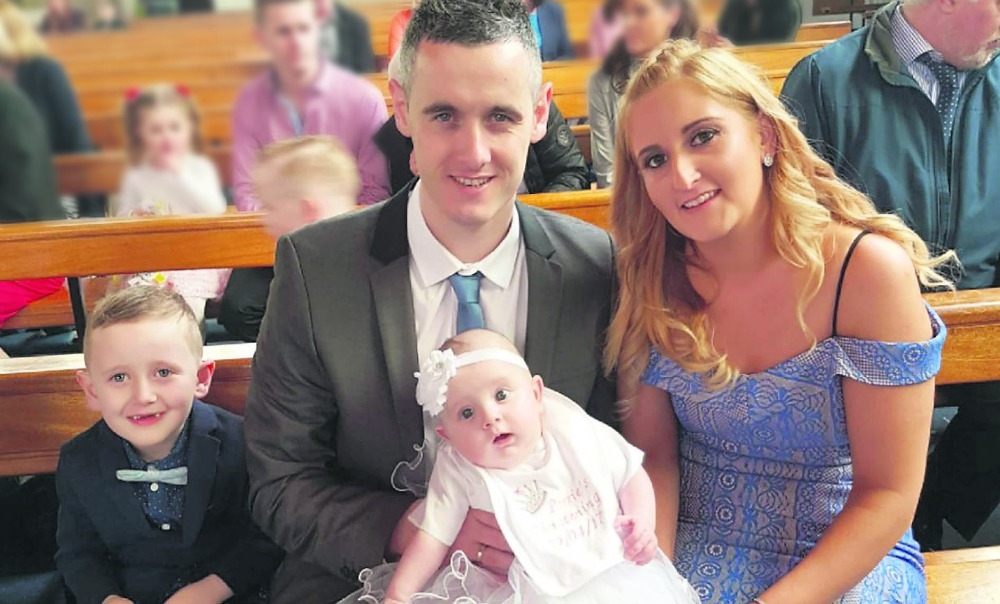 THE FATHER of a meningitis survivor plans to run the Rock and Roll half marathon in Dublin next month in aid of Meningitis Research Foundation.

Michael told The Echo: “Perrie contracted meningitis when she was only one week old. On November 14th last she became floppy and sleepy and had a very high temperature. My wife, Lisa, and I were concerned so we brought her to Tallaght hospital where she was tested for meningitis straight away and the results came back positive”.

Perrie was kept in for 4 days but thankfully she recovered well, without any after effects.

He added: “However I know many others aren’t so fortunate. My wife’s three year old nephew, Adam, contracted pneumococcal meningitis in 2008, resulting in hearing loss and now wears a cochlear implant as a result so we are well aware of the impact that this disease can have.”

As a result of this experience, Michael decided to take to the roads and start training to run a half marathon in aid of the Meningitis Research Foundation.

Michael said: “ I want to raise much needed funds and awareness of the disease that kills around 1,000 people around the world every day and leaves many more disabled.”

As The Echo spoke to Michael, he said that training was going well. He ran his first 10k last week in the Phoenix Park. A keen footballer, he would not be a regular runner but has enjoyed the challenge of training for a half-marathon.

Monika Marchlewicz, Ireland Manager of Meningitis Research Foundation, said:  “We are extremely grateful to Michael for running this marathon on our behalf. As he is aware meningitis and septicaemia are deadly diseases which can strike without warning, sometimes killing in hours, and leaving survivors with life-changing after effects.

“We rely on voluntary donations to fund our vital work into the prevention, detection and treatment of meningitis and septicaemia and support those affected, so every euro he raises from running this race will make a difference to the charity.”