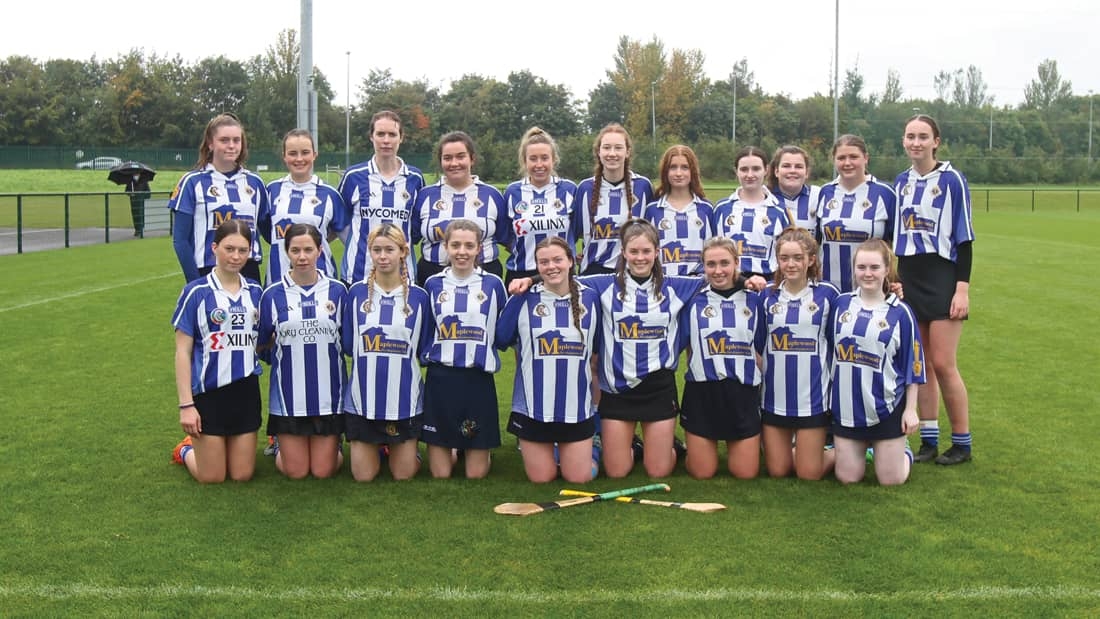 BALLYBODEN St Enda’s were denied the chance to get their hands on the Dublin Junior Three Camogie Championship silverware after they lost out 2-4 to 1-4 in a thrilling decider against Naomh Brid in Abbotstown on Sunday.

It looked as if the Firhouse Road side might even restore parity at the death when they were awarded a penalty but Roisin Kearney’s fine attempt was blocked.

It was Boden who made the early running when Anne Hogan fired the ball to the back of the net before Brigid’s hit back when Mia Murray’s attempt was on course for the goal, but was parried over for a point.

Sarah Crosbie added a point for St Enda’s while at the other end of the pitch, goalkeeper Sarah Reynolds was called upon to pull off a fine stop after Murray’s hand pass into the goalmouth caused some panic among the Boden rearguard.

Naomh Brid stepped up a gear and began to turn the screw on the Boden cover in the approach to half time, eventually earning their reward with a goal by Zoe Mayne to leave it all square at 1-1 apiece at the halftime recess.

Boden went close to a second goal soon after the restart, but Dara Loomes did well to close down the threat posed by a dangerous delivery in from substitute Hannah Byrne.

Enda’s continued to press vigorously, but some desperate defending by their opponents ensured that they would have only a Lucia O’Connor free to show for all their efforts in this phase.

Ballyboden were pipped in the Junior Three Camogie Championship decider

And, even at that, they soon found themselves trailing when Caoimhe O’Reilly’s shot found its way to Murray who duly despatched the loose ball to the net.

Roisin Jelley was unlucky not to respond in kind for Boden after seeing her shot smack the crossbar and fly over to make it 2-1 to 1-3.

Both Murray and substitute Lucia O’Connor exchanged scores before Naomh Brid opened up a three-point gap thanks to scores from Murray and Ellen Gribben.

A late free in for Boden resulted in the awarding of a penalty and the chance to draw level, but Kearney’s effort, which struck the ground on its way towards the target, was somehow cleared just ahead of the final whistle.