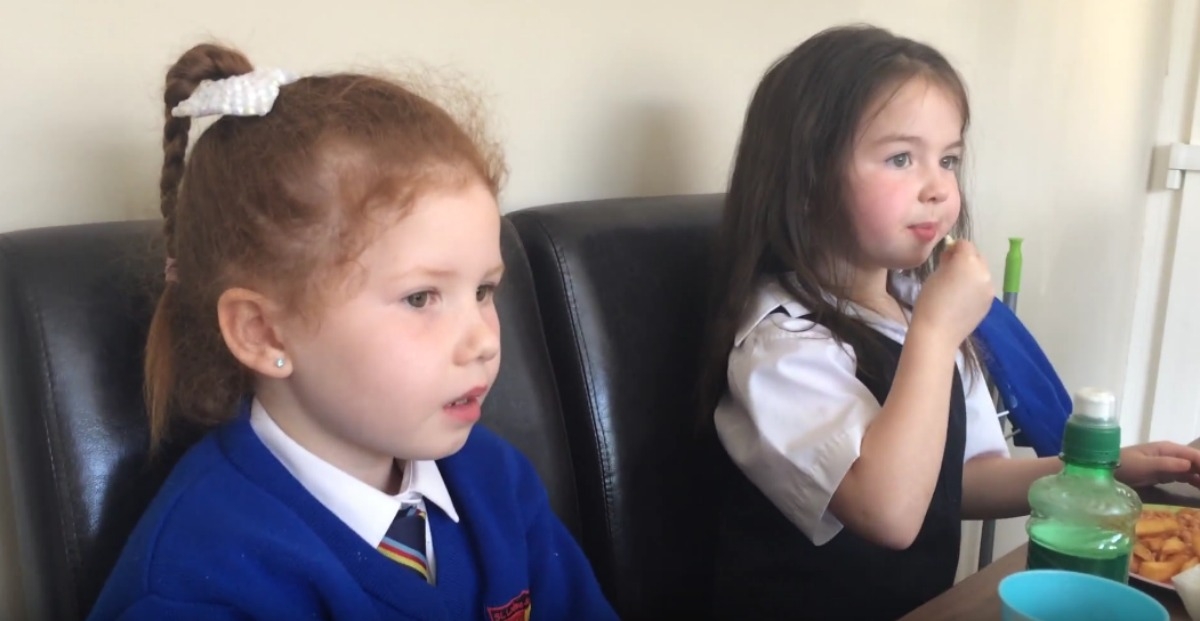 Two young Ballyfermot girls will feature on this year’s Late Late Toy Show after a video of them discussing the Marriage Equality Referendum caught RTE’s eye.

Sarah Palmer Kindillon and Lexie Brady, who are both seven, impressed producers at the National broadcaster, and beat off thousands of other entrants to earn themselves a place on the show as toy-testers.

In the video Sarah and Lexie can be seen discussing the referendum, with Lexie showing plenty of attitude as she brushes away the thought of marrying a boy!

The all-action pair have plenty to say, and their innocence and adorable answers would give anyone a laugh.

According to their parents the best friends cannot wait for the show, with excitement almost boiling over at this stage.

Speaking to Echo.ie Sarah’s mother Kelly said: “They are both super excited, they had a fantastic day at the auditions and can’t wait to see themselves on the TV.”

You can catch the pair on the Late Late Toy Show on December 2 at 9:35pm.

Massive thanks to Kelly for the video.