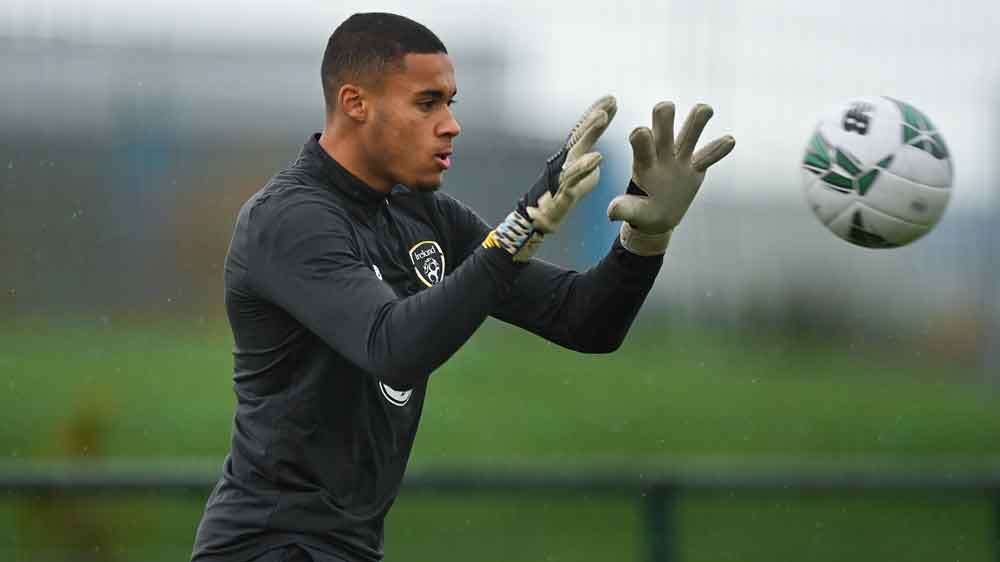 REPUBLIC of Ireland goalkeeper, Gavin Bazunu could be in line for a big move in the summer.

The Firhouse man, while having penned a four-year deal with Manchester City back in 2020 and only returned to his parent club following an impressive loan spell with League One outfit, Portsmouth, has reportedly sparked interested from a number of Premier League clubs.

Everton appear to be leading the chase for the services of the 20-year-old amidst speculation that the team’s current netminder, Jordan Pickford could be parting ways with the Toffees.

A move to the Blues could well prove an attractive option for Bazunu, particularly if manager Frank Lampard can see them weather their battle for survival in the Premier League this season.

Southampton is another top-flight club also interested in bringing the former Shamrock Rovers shotstopper on board as are Bournemouth, who secured promotion from the Championship this season.

Having chalked up 17 clean sheets in 46 appearances for Portsmouth this season, as well copper-fastening his place as Ireland’s first-choice goalkeeper, Bazunu has seen his stock rise even further.

And, given his desire to play first-team football, the Dubliner may well see his future lying somewhere other than Man City where Ederson is the Number One custodian for manager, Pep Guardiola.