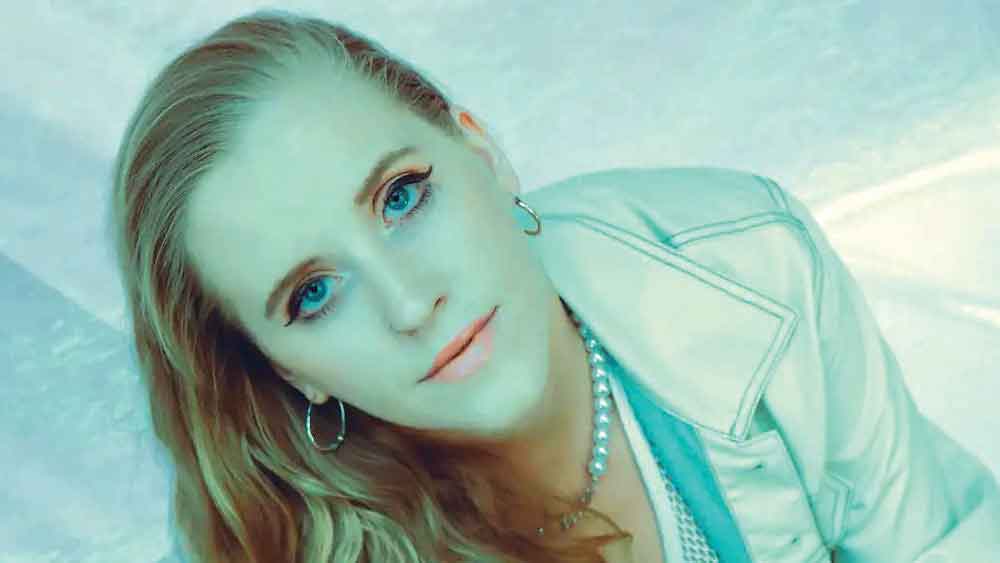 Eectropop musician Ele Breslin, who records music under the name Zapho, has taken a cinematic turn with the release of her new single ‘Big Song Blue’.

The Rathfarnham performer’s song fuses shimmering electropop with a soulful ballad to create a sound that wouldn’t be out of place on a James Bond film soundtrack.

The song has been several years in the making, and in that time Zapho formed the X Collective with a group of other emerging artists and released an album as part of that group.

Zapho has now turned her attention back to her solo output with the recent release of ‘Big Song Blue’ and she is finalising plans for the release of her debut album later in the year.

The talented musician, who is a past pupil of Scoil Naomh Pádraig in Ballyroan, told The Echo about the process behind ‘Big Song Blue’, her debut album, and included advice for budding musicians.

What was the process of putting your new single ‘Big Song Blue’ together like?

‘Big Song Blue’ was written over six years ago when I was in college studying music. In a way the Zapho genre was born when BSB was made.

It was the first time I had crossed genres and blended different styles to fit into one. I always wanted to write music for films, and with this song the chords reminded me of a James Bond type of mood.

You previously described the title as a ‘placeholder name’ that then went on to be the official title, what is it about that song that you feel makes the title fit so well?

I can remember writing the chords of the song and humming the melody into my phone where I had hundreds of silly recordings labelled ‘untitled’.

This one was special, and I knew I wanted to come back to it, so I randomly called it ‘Big Song Blue’ because well . . . it was a bigg’n and it was so soulful and bluesy.

Usually, a prominent phrase or lyric becomes the title, but when the song was finished I had the placeholder Big Song Blue.

Even though it’s not in the song lyrically it turned out to be the perfect name to describe the very essence of the song in its most simple form.

How do you feel about the feedback the song has received so far?

I’m not gonna lie, I have been so emotional for this one in particular, because I feel like you guys are finally starting to get me as an artist.

This song was nearly shelved, meaning it was never going to see the light of day. But my gut guided me all these years to wait and release when I had all my ducks in a row.

This song means so much to me because I figured out who I was and, more importantly, who I had the power to become musically, and as a result I discovered the Zapho persona.

It was kind of like the death of Ele and the rebirth which was Zapho. Most of the reviews from the media, a lot of people I really respect had commented on the writing element of my work and this for me is all that matters.

You’re also one of the founders of the X Collective. How does working collaboratively with them compare to working on your own individual output?

The way I operate as Zapho is simply an extension of how I operate in the Collective. I come from a big family, I really value community and I think the best work is created when you have the best people in the room.

The collective is some room to be in creatively. I am mega drawn to smart, creative and ambitious people – every person in the collective inspires me massively.

For me, the Collective forces me to up my game and rise to their standards. We are learning from one another and sharing our talent and resources.

Zapho is a different beast because I like to exercise a lot of control creatively and musically, because the vision is so unique to my LGBT+ flair and my writing style.

How do you feel about the upcoming release of your debut album?

I was awarded a few different grants during the pandemic, and I had the privilege of recording my debut album along with some music videos.

That is a long time to sit on an album. I’m really proud of this achievement.

What advice would you have for anyone who wants to become a musician?

Run away! No, I’m kidding, but I will say that if you want to be a musician you have to give it every ounce of everything you’re made of financially, personally, mentally and emotionally.

Grow a thick skin, educate yourself to protect yourself and your creative output and surround yourself with people whose dreams are as big as yours – because it’s a long and lonely road by yourself. Always believe in yourself and let your gut guide you.