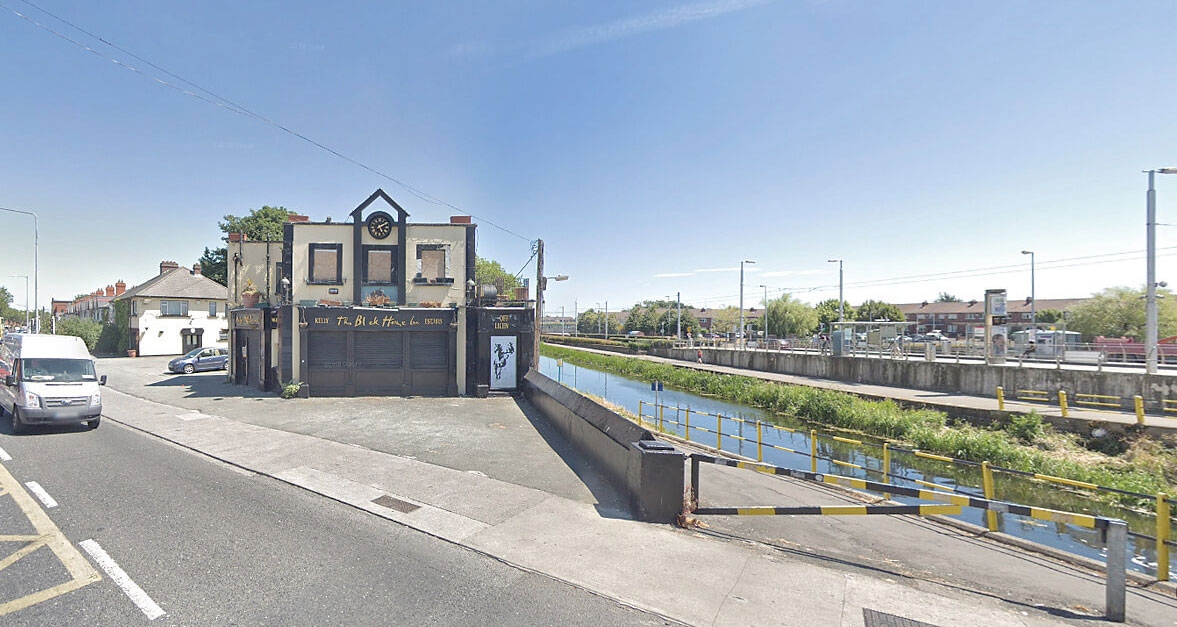 DUBLIN City Council have requested the owner of the former Inchicore pub the Blackhorse Inn, submit information on traffic planning for a proposed apartment block at the Grand Canal site.

Applicant Tom Kelly is seeking permission to demolish the Blackhorse Inn and build an apartment block containing up to 56 one and two-bed apartments in a block of three to seven storeys.

According to plans lodged with the city council last November, the proposal consists of the demolition of the former public house and an adjoining pair of semi-detached houses at numbers 229 and 231 Tyrconnell Road.

At surface level, there will be four car spaces and 16 bicycle parking spaces.

This week, the transport planning division of the city council requested additional information from the applicant, stating no information was provided regarding servicing of the proposed development.

DCC are seeking information on vehicle, delivery and pedestrian access and requested the applicant to investigate the potential for additional car parking on site.

The applicant has also been asked to clarify if they have engaged with a car club, noting that a car club is included in the proposed development.

A number of objections have been lodged with DCC, including local TD Joan Collins, who says 10 car parking spaces is “far too little for a development of that scale” and additional parking would be more beneficial if accessed from the canal rather than Tyrconnell Road.

While Deputy Collins welcomes development at the site, she raised concerns over traffic at the busy Luas/Naas Road junction, and the height of the proposed development.

She noted the Camac river and the Grand Canal were subject to flooding and vandalism in recent times.

Deputy Collins feels the demolition of two habitable buildings is a “retrograde step” and feels the developer needs to develop a plan more in keeping with the area.

Included in the report, it says the location of the site adjacent to public transport links, allows for reduced car parking provision under the city development plan.

Careful consideration has been paid to the height and scale of the building, and they are mindful of draft guidelines issued in response to Project Ireland 2040 stating “an opportunity for cities to develop differently and urban centres could have much better use of land facilitating taller buildings.”

The applicants have also carried out flood risk assessments.

The well known watering hole closed its doors last year, but the name is still synonymous as a local landmark – Blackhorse cited as a stop on the Luas Red Line.