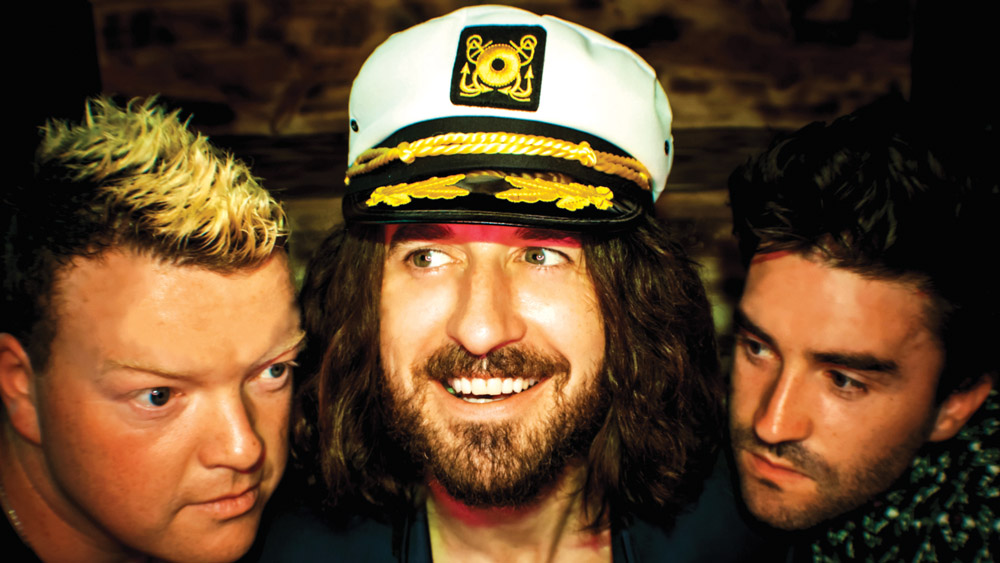 California-based Irish rock band ONOFF are back with their new single ‘Blah Blah Blah’, offering a searing assessment of the political climate in the States and the wider world.

The band consists of frontman and Crumlin native Paulie Daly, bassist and Clondalkin man Dave Hurrell, and drummer Stevie Bogan. The trio has been based in Sacramento for several years.

‘Blah Blah Blah’ is the band’s most politically charged song yet, with the song’s music video seeing the band members masquerade as Joe Biden, Vladimir Putin, and Kim Jong-un.

Frontman and Crumlin native Paulie told The Echo about what inspired the band to step into the arena of political songwriting, the message the band hopes to convey with ‘Blah Blah Blah’, and their plans for a new album – their third – to be released next year.

Your new single, ‘Blah Blah Blah’, sees ONOFF venturing into political songwriting for the first time. What prompted this?

The current political climate! It’s actually not the first time we’ve dabbled in the political realm of songwriting – in fact, we have a song called ‘Shame on What the Powers Have Done’ that we released in mainland Europe back in 2009.

It’s about the George Bush episode; oil, war, governments…it’s all in it. It’s a never-ending story, right? But ‘Blah Blah Blah’ is definitely the most political we’ve gotten with a song.

Was there any reticence about putting out a politically themed song or did you feel it was the right time?

‘Blah Blah Blah’ could be released now, next year, or in five years’ time. The hidden agenda in American politics will still remain the same, but I don’t think any band in the past has ever been more direct with a message in their music like this one

What is the message you hope to convey with ‘Blah Blah Blah’?

You know, we definitely view our band as a band of the people and for the people. Our message though ‘Blah Blah Blah’ is more of a wake-up call.

At the end of the day, we’re all getting fed the same crap, we just wrote a song about it. People should listen to the song though, we feel its self-explanatory.

Can you tell me a bit about the idea behind the music video for ‘Blah Blah Blah’?

We are all Irish in this band, born and raised, and what Irishman doesn’t like to take the mick out of things from time to time? Especially three of the most corrupt power figures in the world right now.

During the pandemic ONOFF played sold-out drive-in shows in Sacramento. How do you feel about being able to be back on stage again, but this time performing in venues with a visible audience in front of you?

It was particularly weird over here in the States because, yes, of course the pandemic was a serious thing (as it was everywhere) and it affected a lot of people, including members of our families and close friends, but it was most definitely manipulated to cause fear and panic in people.

Thankfully, people have been back at shows for quite some time now.

It’s all about them, really. If we see the audience digging what we do, it just makes us play better and better. It’s kind of like a positive feedback loop where the audience vibes off us and we, in turn, vibe off them.

What can listeners expect from your upcoming album, and has a release date been decided yet?

The new album comes out in 2023. We will be releasing four singles between now and the official album release next year. Every track is different and has a life of its own.

‘Blah Blah Blah’ is out now on all streaming platforms.