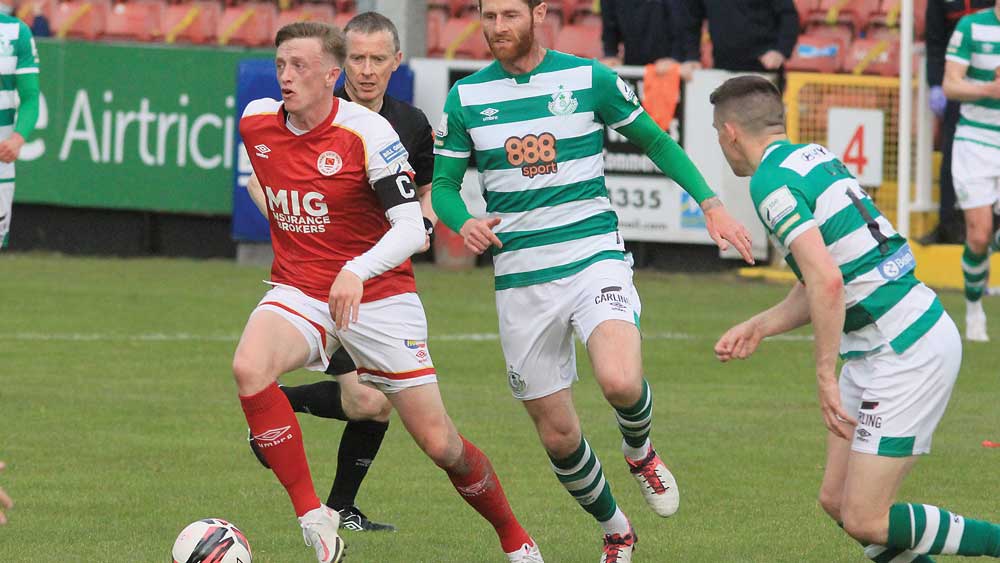 Chris Forrester is a key player for St Pat’s

IF ALL else fails, and Shamrock Rovers don’t beat FC Shkupi in the Europa League third-qualifying round on Thursday, they have somewhat of a European safety net to fall back on, reports Hayden Moore.

Stephen Bradley’s side host the North Macedonian champions Shkupi in the first leg of their next qualifier at Tallaght Stadium this evening before the return-leg on Tuesday.

However, a loss at this period of the Europa League qualifying stage will see the Tallaght outfit face either Ballkani of Kosovo or Kí Klasksvík of the Faroe Islands in a Europa Conference League play-off.

Throughout July, the Hoops played two qualifying rounds of the UEFA Champions League, beating Hibernians before losing against Ludogorets, which saw them drop into the Europa League third-qualifying round which they are currently at.

Kilnamanagh native Aaron Greene has been a central figure up top for Rovers on their European adventure so far this season and he will be aiming to keep the ball rolling. 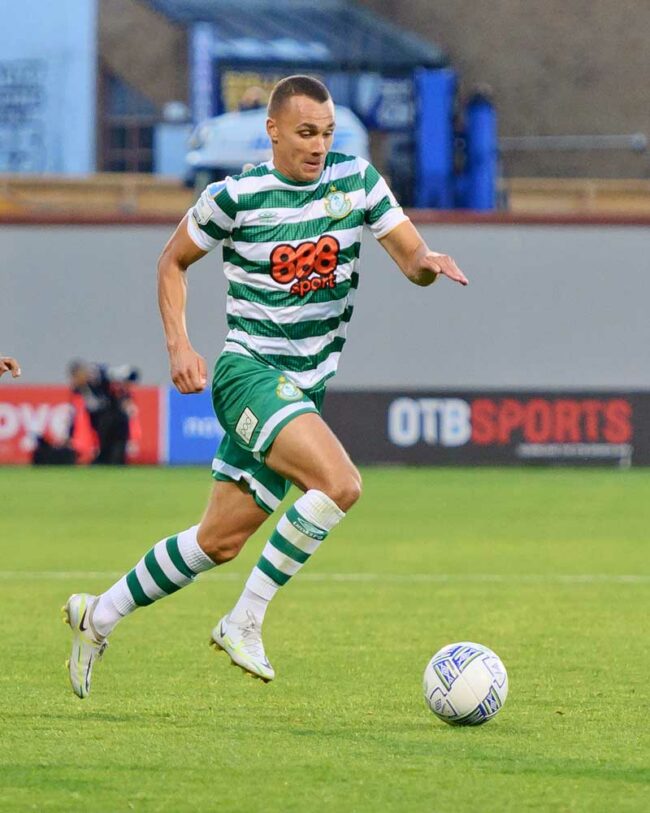 Another native of Kilnamanagh, Joe Redmond, has been enjoying a first season with St Patrick’s Athletic at the heart of their defence.

Alongside Firhouse man Eoin Doyle, Redmond and the Saints will continue their European journey this week across two legs against CSKA Sofia in the Europa Conference League.

The first-leg of the Conference League third-qualifying round will see Pat’s take on Bulgarian league runners-up at Vasil Levski National Stadium on Thursday.

The return leg will not be played in Inchicore next Thursday however, instead it will be played in Tallaght Stadium after being confirmed by UEFA.

A win over CSKA Sofia will pitch St Pat’s up against either Denmark outfit Brondby or Swiss outfit FC Basel in the Conference League play-off.