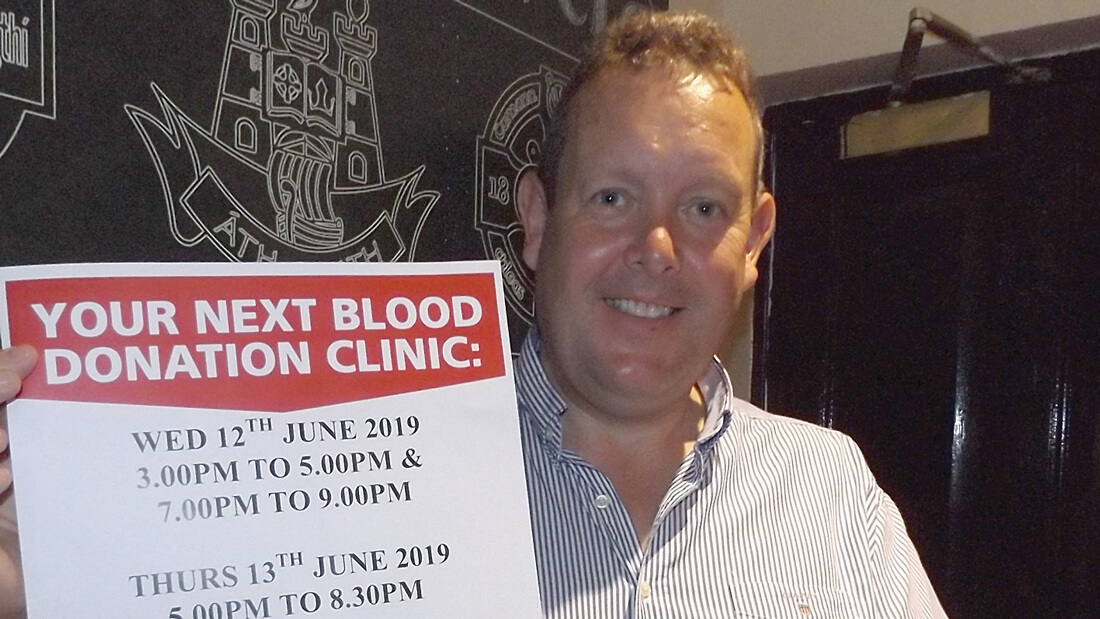 THE Irish Blood Transfusion Service (IBTS) is holding a blood donation clinic at the Green Isle Hotel in Clondalkin, on June 12/13.

The IBTS holds a two-day blood donation clinic in Clondalkin, three to four times a year.

They say there has been a higher demand from hospitals in recent months and the summer period is “traditionally a very challenging time for the blood supply.”

“We would like to thank all the donors in Clondalkin that have contributed to an increase of 58 per cent in donations from their community in the last three years,” said an IBTS spokesperson.

Donors should check their eligibility at www.giveblood.ie or call 1850 731 137 for any queries.

Regular donors are encouraged to consider asking someone new to give blood as it is vital to continue to grow the donor base.

It is estimated that one in four people will require a blood donation in their lifetime, with 67 per cent of all blood donated, used for cancer related illnesses, but a single blood donation can save up to three lives.

NEWER POSTHere’s the top nine posts from The Echo’s Instagram in May…
OLDER POSTProperty of the Week: Escape to the country for €299k…