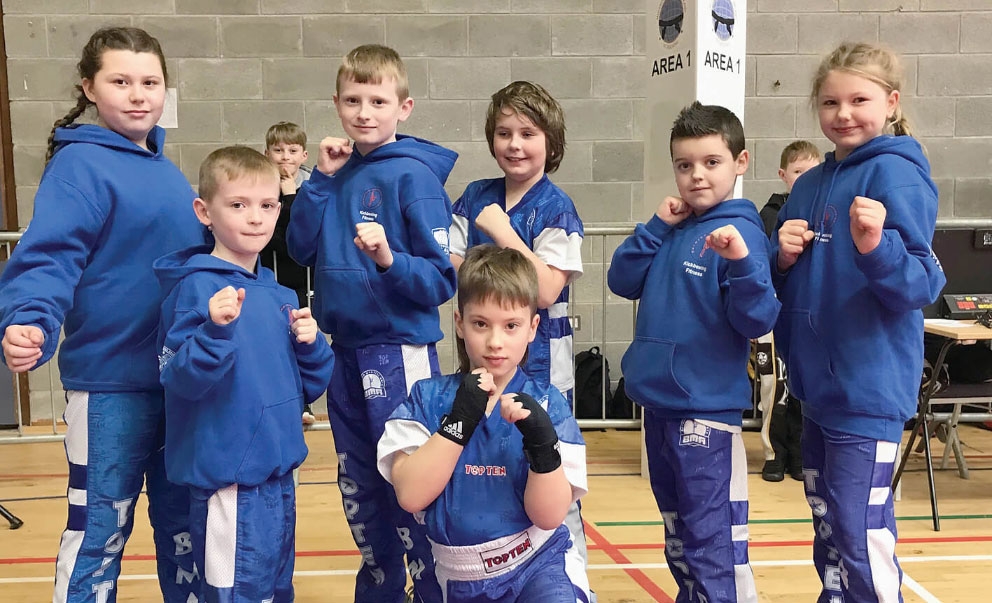 BMA Clondalkin fielded a small but fierce junior squad at the Mugendo Championships that attracted some 600 junior athletes to the Sligo IT Sports Arena last weekend.

The young team of seven novice competitors returned home with three silver and two bronze medals between them.

Nine-year-old Nikola Fomkin took the first runner up spot in the 7-9 Year Old Continuous division while Ross Gaynor earned his first ever silver medal with a tremendous performance in the Boys Novice Point Fighting Under 10 years class.

Donnacha Mullins, in only his second ever outing for the Clondalkin outfit, came through three tough bouts to finish runner-up in the Boys Under 10 Novice Point Fighting Tall division.

Roan Derwin and Ali Devine both finished joint third place in their respective fighting categories while Natalia Blaszack and Cayden Derwin were very unlucky not to end the day with a podium placings after being narrowly beaten in their respective quarter final bouts.