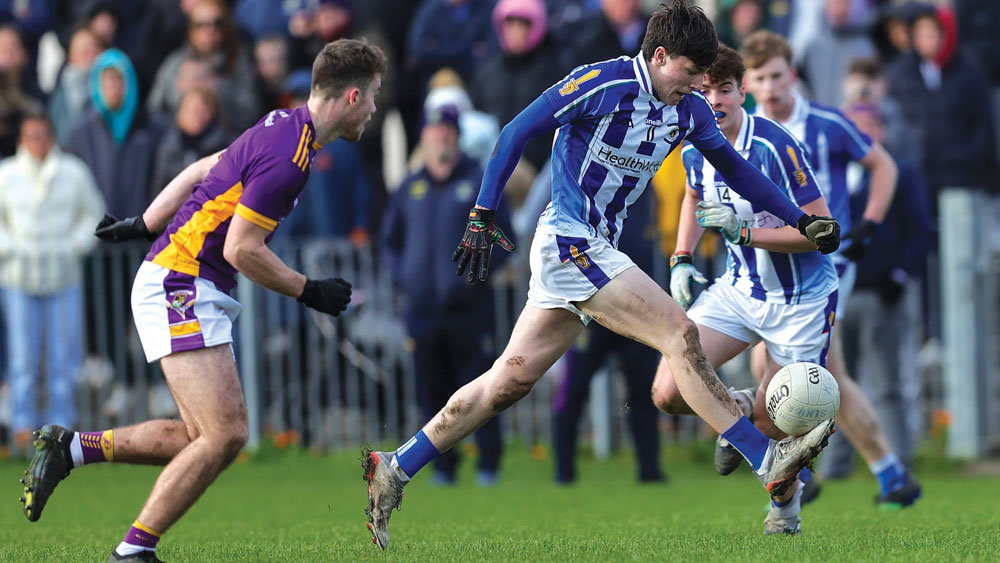 BALLYBODEN St Enda’s U19 footballers were pipped at the final hurdle in the Championship decider in O’Toole Park on Sunday.

Two late points from the Stillorgan side edged Boden out 3-8 to 2-6 with the game hanging in the balance right up to the final stages.

The first 20 minutes of the match was evenly balanced with Crokes opening the scoring before Enda’s replied with Mick McDonald exchanging scores.

Crokes hit the front again before Enda’s responded with the next three through McDonald and two from Cian Durkin.

In the 20th minute disaster struck when a Boden slip ended up with Crokes getting in for a goal and then they conceded a second a minute later to leave the score 2-2 to 0-4.

Another Crokes point stretched their lead but Boden bounced back in the 27th minute Ciarán Duggan drove through the heart of the Crokes defence and managed to get a shot away which the Croke’s keeper saved but Jimmy Meaney reacted quickest to fist the rebound to the net.

Ballyboden under 19 footballers lost out to Kilmacud. (Photos by John Kirwan)

From the resulting kickout Robbie O’Reilly read the keeper’s intention and fed Cian Durkin who calmly slotted the ball the back of the Crokes net to leave the halftime score 2-4 to 2- 3 in Boden’s favour.

The second half began in the same fashion as the first half had ended with Boden driving forward and Jim Kennedy was unlucky with his shot that just drifted wide. Boden introduced Alex Gavin three minutes into the second half on his return from an injury sustained in the group stages.

In the 34th minute Crokes levelled the game 2-4 each. In the 40th minute a Crokes attack was deflected by a combination of Hugh O’Sullivan and Fionn Keating McDermott out for a 45.

The resulting 45 ended with another goal for Croke’s to leave the score 3-4 to 2-4 in their favour.

Cian Durkin responded with a point to leave two points in it but Crokes kicked the next two points to stretch their lead. Mick McDonald reduced the lead to a goal, but Crokes closed out the game with two more points to win out by five-points.

NEWER POSTO’Callaghan to take charge of Peamount for a seventh season
OLDER POSTSustainability challenges are a threat to businesses, says survey