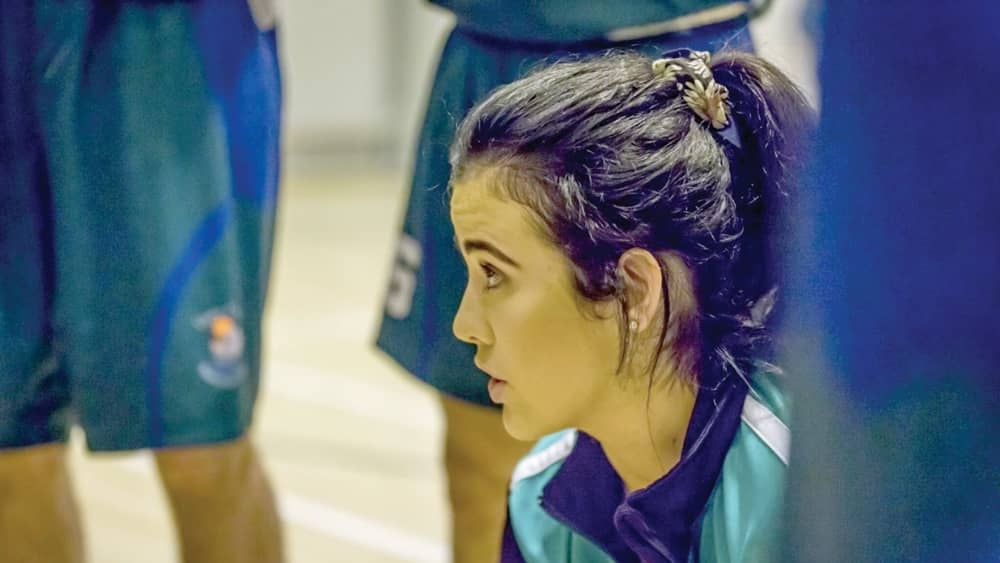 AFTER having recently being announced as the new Dublin Lions Basketball Club Senior Men’s Head Coach, Erin Bracken has started out in another new role as the Community Development Officer for South County Dublin and is looking forward to the challenge ahead.

“Our job is to deliver basketball programmes to the community, basically,” Bracken said. “The whole idea is to try and reach more kids, engage more people.

“I'll hopefully be able to reach as many schools as possible, and especially areas that maybe are not already big in basketball.”

Bracken’s connection with Dublin Lions is something she hopes to use to her advantage to better network throughout South County Dublin.

“It’s not going to be really down to me to be on the ground running the programmes, because I’d only reach, say X amount of kids, whereas if I have 10 people that I know in basketball that can deliver these programmes, they’ll reach 10 times the amount of kids then,” Bracken said.

Bracken, who was raised in Leixlip, has spent most of her basketball career playing and coaching with Liffey Celtics and Dublin Lions, as well as refereeing in local schools.

“I would know a lot of those schools from refereeing, actually, more than coaching,” Bracken said. “Adamstown is huge and Tallaght is huge, but there’s no club specifically in either of those areas.”

“I think there’s scope there for a possible new club and because of the population they have there, you have a very diverse populated area,”

“I think we also need to take advantage of the Arena’s facilities. There’s lots of teams that are actually able to use that, there’s courts there that don’t get used, and I think it could be sustainable going forward.”

After a year without basketball, Bracken said the biggest challenge she will face right away is in getting young people reconnected with the sport.

“I think we’re just going to find it hard when we get back. After not having basketball for a whole year, I think our job is going to be to try and re-engage as many kids as possible.

“We want to try and make it as fun and engaging as possible, run some social basketball where you have maybe no competitive element, and then run stuff that you also have a competitive element too, because there are lots of kids that play purely because it’s competitive.

“It’s been a really tough year for basketball, so we’ll try and run things that people are going to enjoy and it’s going to remind them again of how much of a good sport it is.”

“Realistically, I think it’s going to be small victories at the beginning” she admitted. “It’s not all going to happen overnight.

“This is a three-year contract for me, so hopefully, by the end of the three years of my time there, there’s a noticeable difference just in participation rates.”