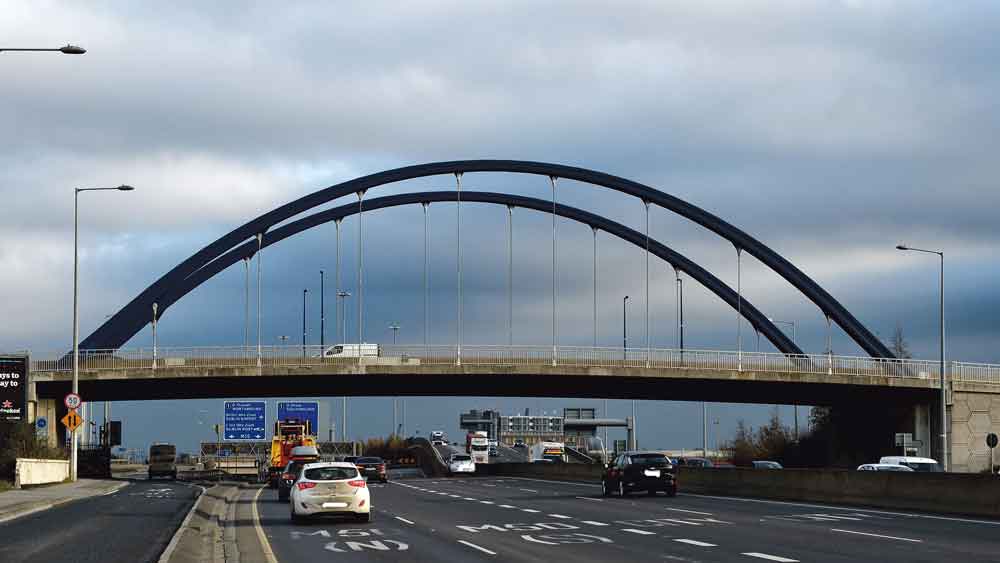 The Blue Bridge on the Naas Road

Bridge to be named after local historian

THE prominent Blue Bridge linking the N7 and Monastery Road is to be named after the late historian Joe Williams.

Following much support for the initiative in the community, South Dublin County Council agreed to name it the Joe Williams Bridge/Droichead Joe Williams.

Mr Willliams, who died in 2016, catalogued much of Clondalkin’s history, and was heavily involved in the preservation and restoration of many historical sites, including Mount St Joseph and the Round Tower.

A Floraville resident, he was a founding member of the Clondalkin History Society and author of The Monastery of Mount St Joseph and St Mochua and The Round Tower.

“We as a community are indebted to Joe Williams, whose research and meticulous records form invaluable records of Clondalkin and the surrounding area’s rich history.

Because of Joe, we have this information for current and future generations.

Along with the naming of the bridge, the council has also agreed to the hanging of a picture of Joe in Brú Chrónáin.

“Joe dedicated himself to uncovering Clondalkin’s local history, and beyond, for many years before his untimely death in 2016.

“He became so knowledgeable in this area, he was acknowledged as a local ‘info hub’ by his peers, by other experts and the ordinary person.

“Someone said recently that without Joe, we wouldn’t be as aware as we are today of the important part that Clondalkin has had in the history of our district and our nation.”