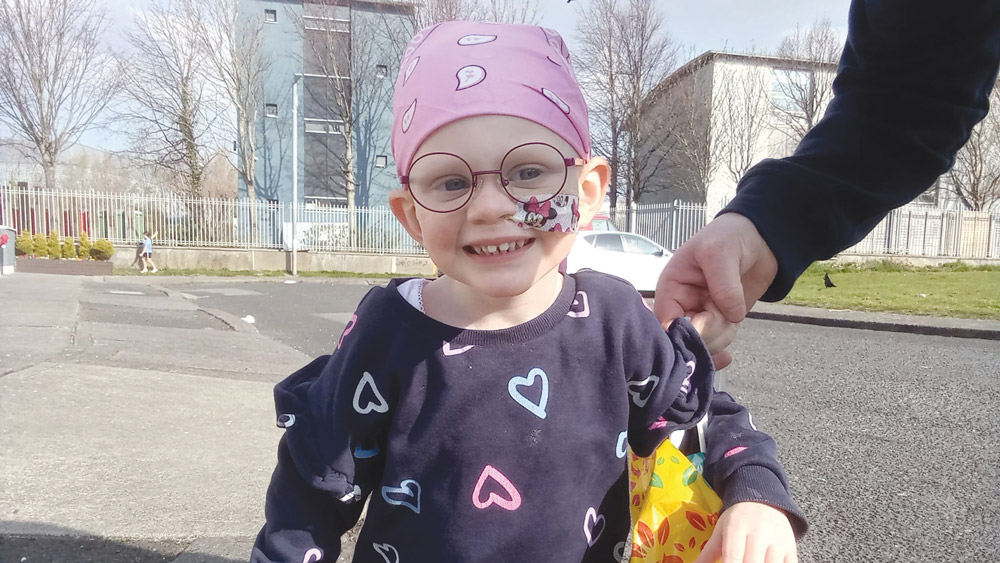 Brooke set to become the next Little Blue Hero

A YOUNG girl currently receiving chemotherapy for a tumour above her right eye is set to join the ranks of honorary gardai through the Little Blue Heroes Foundation next month.

Brooke Evans, who turns three next month, lives in Cushlawn in Tallaght with her mam Elaine, dad Keith and her older sister, five-year-old Faith.

Elaine said she became concerned in April 2021 when she noticed a turn in Brooke’s right eye. After undergoing tests, it was discovered that the young girl had a tumour above her right eye. Sadly, Brooke has now become blind in her right eye as the tumour is pressing on her optic nerve, but she is currently receiving chemotherapy and is responding well to her treatment.

Elaine told The Echo: “She started chemo in November last year, but then in July they changed it because it was so hard on her.

“She was in every week getting blood and platelet transfusions and she was getting sick all the time. It just didn’t suit her.

“So in July they put her on a lighter form of chemo, with this one it’s a lower dose and it’s for 18 months.

“They do regular MRIs to see if her tumour is progressing, and her consultant is very happy with the way things are going.

“It’s a type of tumour that can’t be removed surgically because if they did that it could remove some of her other senses, so it’s always going to be there.” 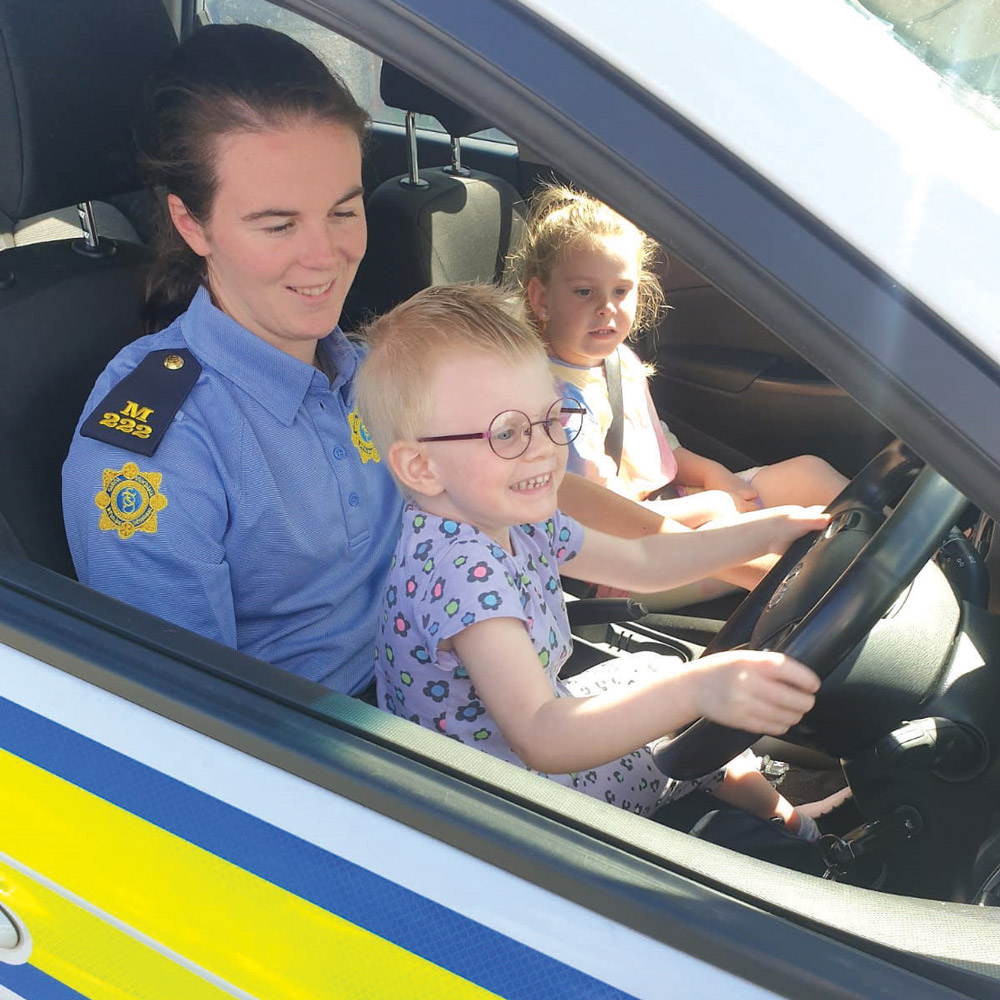 Brooke’s prognosis is good, according to Elaine, who said that while the tumour will have to be continuously monitored, the young girl is expected to live a normal and healthy life.

To recognise the trials that Brooke has faced in her young life, and her unwaveringly bubbly personality throughout, Elaine reached out to the Little Blue Heroes to see if her daughter could become an honorary garda.

The Little Blue Heroes Foundation was established by garda staff and supports families of seriously ill children. After they contacted community gardai in Tallaght it was recently confirmed that Brooke will be among the ever-growing number of honorary gardai in the country.

Brooke is expected to be conferred with honorary garda status at a ceremony in Tallaght Stadium next month, at which point she will have her own garda uniform and

“I’d say that when Brooke gets the uniform she’ll be like, ‘I’m wearing this to bed, I’m not taking it off’,” laughed Elaine.

“I think becoming an honorary garda is taking her away from what’s going on. I feel like she doesn’t understand, because of her age, but she knows something’s not right.

“She has to keep going in and out of the hospital, and she knows that her older sister doesn’t have to do that. But I think this will just take her away from the hospital.”

A ceremony for the next tranche of honorary gardai will take place in Tallaght Stadium on September 17, and Brooke is expected to be among the number of excited children on the day.