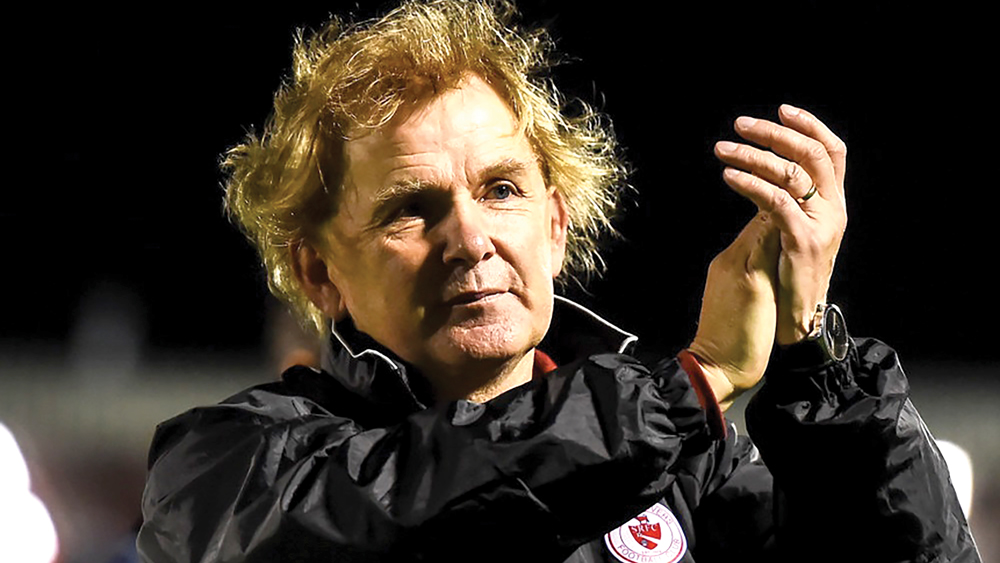 Buckley took charge at The Showgrounds in October 2018, just over a month after he had brought his second spell as St Patrick’s Athletic manager to an end.

Last Friday’s game against Bohemians at Dalymount Park proved his final one at the helm as a 2-1 defeat to the Gypsies left Sligo sixth in the top-flight table, just ahead of newly-promoted Shelbourne on score difference.

Despite his time in the north-west ending somewhat prematurely (they are set to play host to Derry City later this evening), Buckley can reflect positively on his stint with the Bit O’Red.

After guiding Sligo to seventh in the 2019 Premier Division, he secured Europa Conference League qualification with a fourth-place finish at the end of the truncated 2020 campaign.

They continued on an upward trajectory from there with 16 wins and nine draws from 36 games propelling them up to third in last year’s top-flight.

This ensures that whoever assumes the reins from him – John Russell has taken up temporary charge for now – will have European football to look forward to again later this summer.

While five matches without a win bookended his time at Sligo, Buckley still emerges from the role with considerable credit.

And, having won the Premier Division, the FAI Cup and the League of Ireland Cup on two occasions each in the past, he maintains a strong reputation within the game which should ensure there will be a route back into management if he desires it.