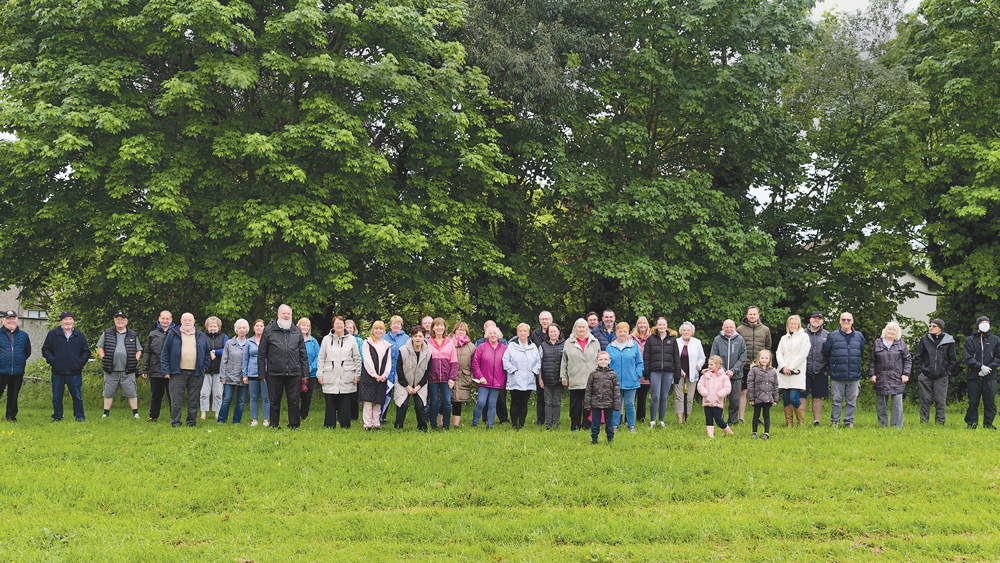 PROPOSALS for a development at the back of a Clondalkin estate are opposed by residents who cite overdevelopment in the area and impact on wildlife among their primary concerns.

On Friday, Ashwood residents held a public meeting at Scoil Nano Nagle to discuss their response to the Part 8 plans by the council.

Jim Milton, an Ashwood resident, said the estate banded together five years ago to successfully object to a high rise development being built on the land, which would have included two access roads into Ashwood, to facilitate 151 units.

“It was 151 flats, the council keep saying apartments, but they are flats, they don’t like when you say that,” said Mr Milton.

“There was no consultation at the time by the council. They said 15,000 leaflets were distributed about it, but that was done across the county, in places like Rathfarnham, not around here.”

Mr Milton said residents mobilised at the time because they did not want an entrance through Ashwood then or now, and the same applies to high rises behind their homes.

“We have four and half decades of people living in Ashwood, and a lot of them are OAP’s, they don’t want through roads in the estate.

This Part 8 has four pedestrian access points which residents do not want.

“There is already a lot of anti-social on the canal with the drug situation.

Ashwood residents are getting older, and are concerned about access from the canal and burglaries.”

The huge amount of housing already built, or planned for the wider area, and it’s impact on infrastructure and wildlife, is another point of objection for residents, according to Mr Milton.

“There is another high rise between Cherrywood and the Nangor Road, and a planned high rise behind Tesco.

“Clondalkin has a population of 43,000 per the 2016 Census, bigger than Kilkenny, and closer to Limerick.

“It would be better to build up places five miles apart, along the M50, instead of clogging up our roads.

“Look at how bad it is in Clondalkin Village. It took 40 years for a feeder bus to the village to happen.

“With so much building going on, why can’t they leave the land (proposed for the Part 8) as it is, as a parkland or meadow for local wildlife, bats, birds, bees, frogs, foxes.”

South Dublin County Council said in a preliminary examination of the site that there is “no real likelihood of significant effects on the environment”.

Last day for submissions was May 17 and had reached over 45 by the time of going to print.