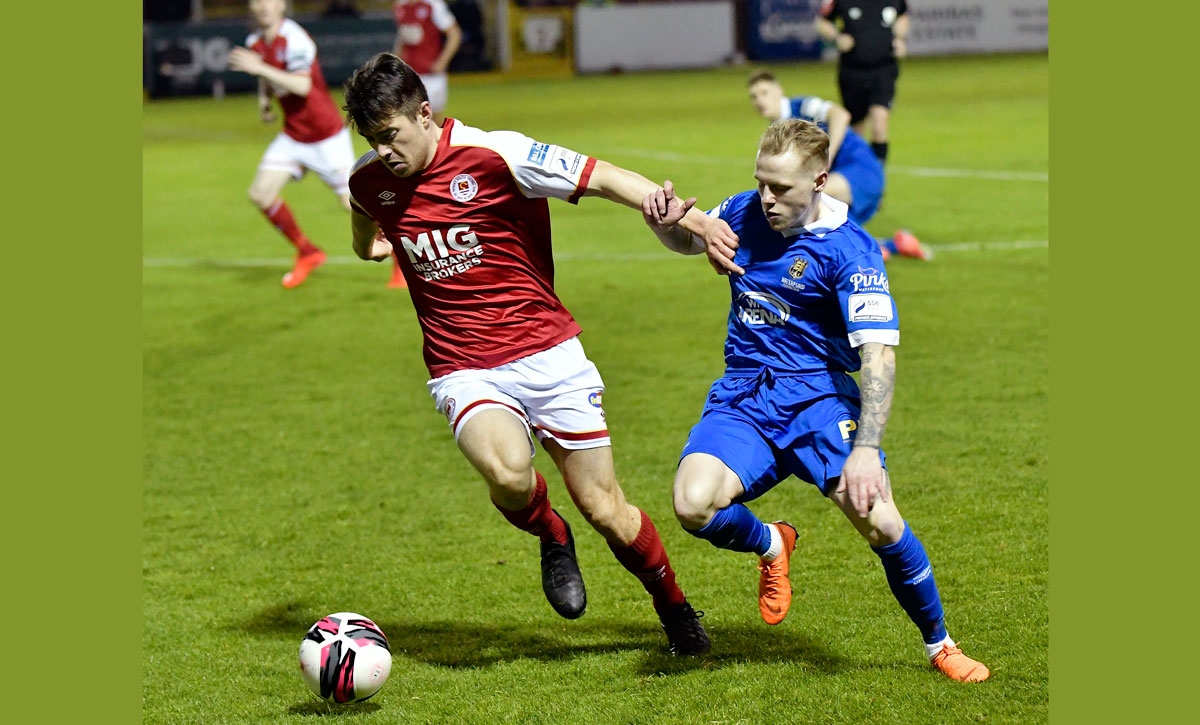 This moves the Saints onto 14 points towards the summit of the table, with defending champions Shamrock Rovers and Sligo Rovers marginally ahead on goal difference.

Despite being much-changed from their away draw with Dundalk on Saturday - just five of that starting line-up were retained - Pat’s immediately took the game to their struggling southern opponents.

Burns was drafted into the team at right wing-back and his left-footed effort deflected off Waterford defender Kyle Ferguson for a lightning quick opener.

This was a dream start for the Saints and they continued to create chances as the action progressed.

The raiding Shane Griffin fired over from close-range, before Chris Forrester’s curling strike was turned away by opposition netminder Paul Martin.

Waterford eventually grew into the game, but Pat’s remained comfortable and ultimately brought a one-goal cushion into the interval.

Having coughed up a late equaliser to Dundalk three days earlier, Pat’s were eager for a second to prevent a similar backlash by their latest opponents.

Martin once again denied Forrester with a low save, before Ronan Coughlan had a goal ruled out on 67 minutes for a foul on the Waterford goalkeeper.

An insurance score didn’t materialise in the end for Stephen O’Donnell’s men, but with skipper Ian Bermingham expertly marshalling their defence, they held on to extend their unbeaten start to the season.

Next up for Pat’s is an away fixture against Finn Harps on Friday evening (kick-off 7.45pm).

After being kept in reserve tonight, the likes of Robbie Benson, John Mountney and Jamie Lennon are expected to be recalled for this game.