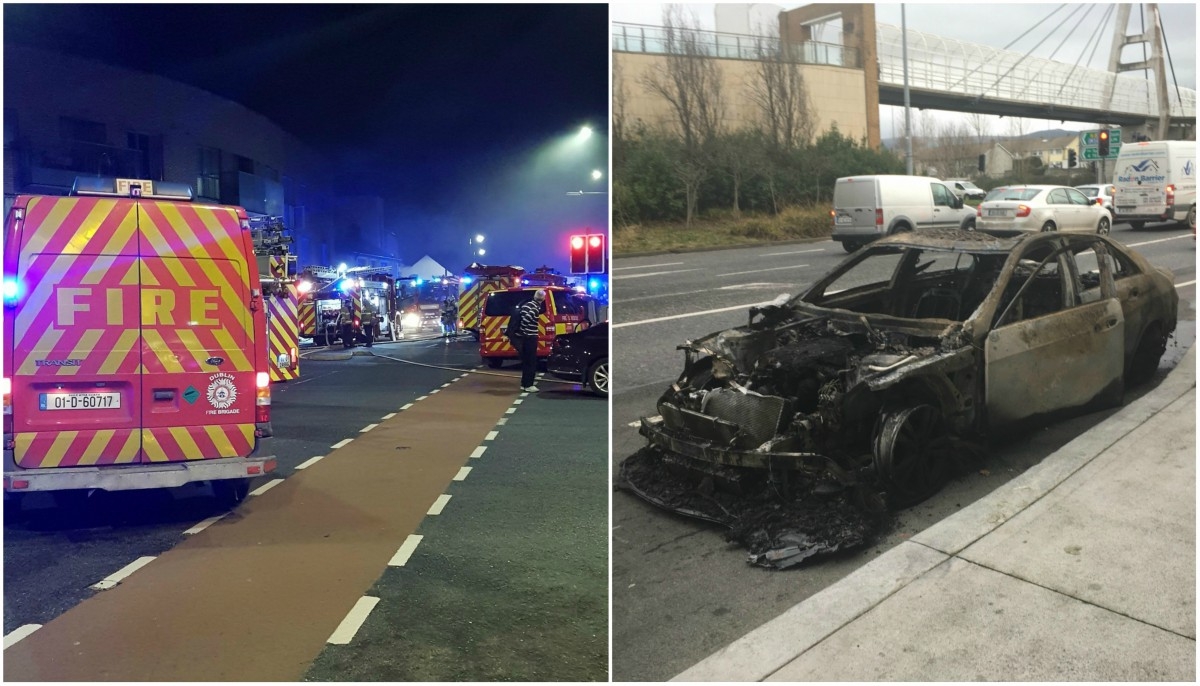 The burnt-out remains of cars damaged in last night’s fire in a Tallaght apartment complex were removed this afternoon.

Residents from 85 apartments in New Bancroft Hall were evacuated after an underground fire broke out before midnight.

A number of residents were rehoused however,  the majority were able to return to their apartments.

Earlier today, Echo.ie spoke with residents who were still without electricity and heating.

According to a notice erected by the Residents Committee on the apartment block this evening, the water, electricty and gas will not be available for a number of days.

According to the Committee, the insurance company has requested all residents to seek alternative accommodation with family or friends – and anyone who needs to find a local hotel, the costs will be refunded.

A Garda spokesperson confirmed to Echo.ie that gardai are investigating the blaze at Bancroft Hall.

For full coverage on this story see Thursday’s Echo.