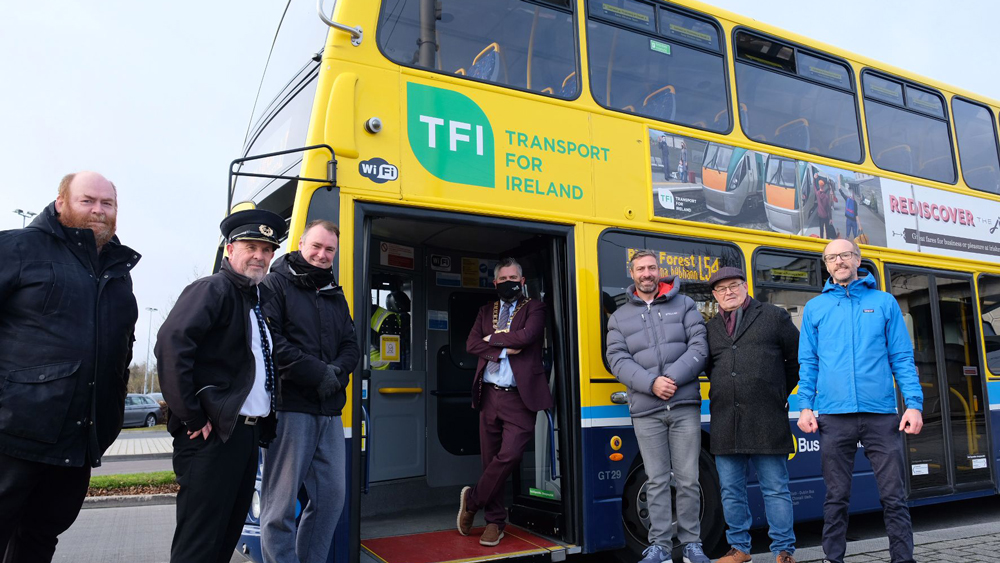 THE second phase of the new BusConnects network, which will serve areas including Lucan, Adamstown, Liffey Valley and Palmerstown commenced last week.

The National Transport Authority in conjunction with Dublin Bus and Go-Ahead Ireland launched the ‘C-Spine’ routes on November 28. This phase will provide enhanced bus services with high frequency spines as well as new local and radial routes and follows on from the roll-out of the ‘H-Spine’ in June.

The C-Spine will see the introduction of routes C1, C2, C3 and C4, which will serve the communities of Maynooth, Celbridge, Leixlip, Lucan, Adamstown, Liffey Valley and Palmerstown to the City Centre, Ringsend and Sandymount.

Phase 2 routes will be operated by Dublin Bus, with the exception of the L51 and L52 which will be operated by Go-Ahead Ireland. Routes L51 and L52 together provide a service from Adamstown Station via Dodsboro to Lucan Village and on to either Liffey Valley or Blanchardstown. This provides a new connection to rail at Adamstown Station and upgrades the current link to Blanchardstown.

Route L53 will provide a half-hourly service between Adamstown Station and Liffey Valley passing through residential areas in South Lucan including Balgaddy and Fonthill Road. Route L54 is new and will serve Leixlip, Lucan, Clondalkin and the Red Cow Luas stop.

Commenting on the new routes, Andrew Edwards, Managing Director of Go-Ahead Ireland said: “The launch of the H-Spine was a great success, and we are delighted to work with our partners in the Department of Transport, the NTA and Dublin Bus on Phase 2 of the New BusConnects Network with the launch of the C-Spine today.

“The L51 and the L52 will see significant improvements in bus services for Adamstown, and we are committed to continuing to provide quick and efficient transport options for the communities we serve.”

Despite the new routes being introduced which will see better connection to local communities and the city centre, Councillor Derren Ó Brádaigh for Palmerstown-Fonthill said that there are still some areas being left out of the routes in West Lucan.

“Dodsborough is one of the older residential parts of Lucan and currently transitioning to embrace surrounding newer community developments,” said Cllr Ó Brádaigh. “This is a core established community in Lucan, comprising of a population dependent on essential local service access and drastically in need of an improved transport service.

“The new local feeder L51 and L52 buses are really welcome routes, however they are limited and only once hourly. This too presents a shortcoming for folks needing to connect with the C-Spines.

Cllr Ó Brádaigh added that there is a “very palpable sense of frustration” from people who feel that their concerns were lost or ignored amongst the public consultation submissions.

He added: “Despite a sense of folks wishing to be optimistic and welcome an improvement of services generally, there is a sense of concern for those dependent on a bus service in this part of West Lucan.

“This comes following the weekend for delivery of the new service with BusConnects Phase 2, seeking to promote and build upon a positive message of efficient user-friendly public transport, and encouraging the move toward greater public transport use.”

The remaining phases of the network will be rolled out over an incremental basis in the coming years with the Southwest of the city via the G-Spine through Ballyfermot Road due to be launched in June 2022.