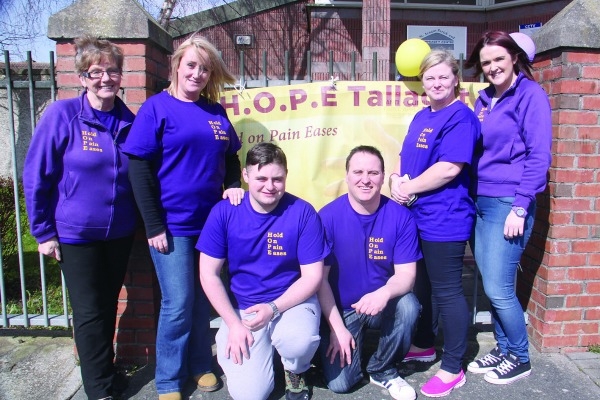 A LOCAL support service has called on the HSE to make suicide intervention skills training fully accessible to communities, after four people tragically lost their lives to suicide in Tallaght in the space of two weeks.

Mary McLoughlin, the founder of HOPE suicide prevention centre in Tallaght, has this week stressed the need for community-based training, after four local people, three from the same parish, lost their lives to suicide within the space of two weeks in September.

Ms McLoughlin told The Echo: “It’s just heart-breaking that four people were lost in the space of two weeks, suicide is still a major scourge on our communities.

“I truly believe that the response to mental health has to be made at community level, and that the HSE ASIST training should be made accessible to all communities and to all walks of life – including people who are working in schools, hospitals, sports clubs, community centres, warehouses, and offices etc.”

ASIST (Applied Suicide Intervention Skills Training) is a two-day interactive workshop delivered for free by the HSE, with participants provided with the skills and confidence to engage with people who may be suicidal.

Ms McLoughlin told The Echo that due to resources, the HSE was unable to provide training to communities on request, or meet demand – which resulted in community groups self-funding to pay for the HSE training.

Ms McLoughlin said: “The HSE doesn’t appear to have the funding to meet the demand for training, which resulted in HOPE self-funding for training in the past.

“This training is still delivered by HSE-trained facilitators, but self-funding meant that we could get the training sooner and get as many people in the community trained up as possible.”

However, the HSE recently told Ms McLoughlin that it is not providing any more self-funded training.

“This just doesn’t make any sense, the HSE doesn’t have the budget to cater to the demand,” Ms McLoughlin said.

“The HSE should be encouraging communities to self-fund for courses like ASIST, the more people trained the better – now we all have to wait until the HSE can fit us in, even though I have money set aside for another training programme.”

She added: “The response to suicide has to happen at community-level, the more people trained on the signs to look out for or what to do if they come across a crisis situation is vital.”

Deputy Crowe said: “The self-funding change just doesn’t make any sense and after speaking with HOPE, I will be writing formally to the Minister about the need for these training and intervention services in communities.”

When contacted by The Echo, the HSE said that additional resources have been directed to training and intervention services, such as ASIST.

A spokesman for the HSE said: “Tallaght is part of the HSE CHO area 7 and this year approximately 1,000 people have received suicide prevention training in Dublin West and South City.

“Further training is planned for the remainder of 2016 and plans are being finalised for training initiatives for 2017.”

The HOPE suicide prevention drop-in centre opens every Tuesday from 7pm to 9pm in Trustus House on Main Street, Tallaght.