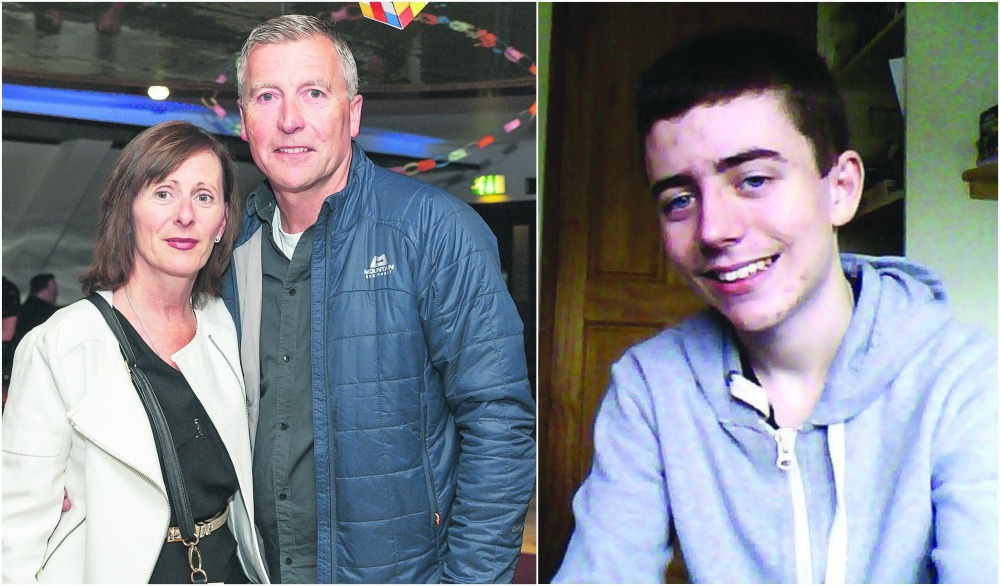 THREE years after the tragic death of their son, a grieving family are facing legal bills of over €50k but have vowed to keep fighting medical authorities for answers.

Stephanie McGill and John Lynch from Clondalkin, are parents of Jake McGill-Lynch (14), who died as a result of a self-inflicted gunshot wound at the family’s Woodford Terrace home in 2013.

Jake was diagnosed with Asperger’s Syndrome in early 2012, and had been prescribed the anti-depressant Prozac to help with his anxiety six weeks before taking his own life.

In October 2015, coroner Dr Brian Farrell returned an open verdict at the conclusion of Jake’s lengthy inquest, which dated back to May 2014.

Stephanie told the inquest, that she and her husband were not informed that side effects on Prozac include an increase in suicidal ideation.

When Jake’s parents collected the prescription from the pharmacist, no patient information leaflet was included.

She said the inquest delivered a verdict Jake deserved “because in our eyes it was drug-induced.”

Mrs McGill said she was unaware of the side effect of the drug.

Speaking to The Echo this week, Stephanie said the drawn-out inquest and their battle with medical authorities, has been “horrific”.

Stephanie said: “The HSE fought us at a child’s inquest and brought us into court on 13 occasions. We have been hit by a bill of €53k, which is horrific. It was an open verdict, but sadly those who should be outraged, are not outraged.”

The family held a benefit night at Boomers Pub on Saturday, with all funds raised going towards Youth Suicide Prevention of Ireland and Aspire (Asperger Syndrome Association of Ireland).

John said: “It’s our fourth year doing this night, where people remember Jake, and money is raised for two non-government funded charities. We just want to thank the community for coming out to support it.

“We will carry on fighting the Irish Medical Council, supporting the two charities and to keep Jake’s name out there.”

The inquest heard Jake’s consultant psychiatrist Dr Maria Migone, who prescribed Prozac for his anxiety, said new findings emerged in the past two years showing children on the autistic spectrum were at increased risk of suicide.

In an email written 24 hours before the death, Jake said he was feeling drugged and described how he panicked to the point of tears before some pretty big exams.

Jake’s parents have called for the prescriptive drug Prozac to carry a black label warning, as it does in the USA, for U-18s who have experienced anxiety problems.