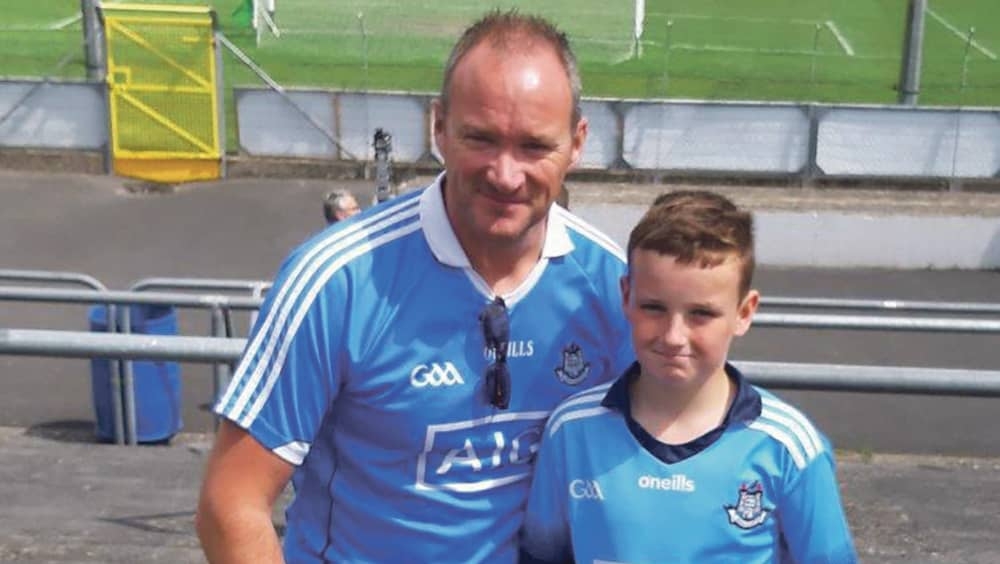 A CONCERNED parent has started a campaign to allow outdoor exercise for children of school-going age in current restrictions.

St Kevin's Kilian's GAA club chairman Ciaran Long started the online petition after noticing a drastic change in his own children’s demeanour and mood because of lockdown.

“First and foremost, we don’t want to do anything that’s against public health guidelines, we want the children back in school and that has to be a priority.

“In conjunction with that, really at this stage you are looking at children and they are shadows of themselves than they were previously. They have gone through a year of this – they are not out playing with their peers or engaging. They are becoming isolated and stuck on the Xbox or PlayStation all day.” Ciaran told The Echo.

Ciaran believes that outdoor training can be facilitated in a safe and controlled environment, as it was in previous lockdowns throughout 2020.

“Previously, in the last lockdowns there was provisions for children that could train in pods up to 15 and it was done in a safe environment and there were no outbreaks, it was safe.”

The campaign began on Friday, February 19 and has gained over 1,000 signatures. It is addressed to Taoiseach Micheál Martin, Tánaiste Leo Varadkar, Minister of Health Stephen Donnelly, Minister Roderic O’Gorman and Minister Jack Chambers.

Ciaran said he feels he has lost hope and the campaign stemmed from a feeling of grave concern for his children’s’ wellbeing.

“My youngest lad is 13 and he would be training four nights a week prior to this -his only night off was a Thursday. He had a match on Saturday and a match on Sunday, soccer and GAA and he loved it.

“He is not getting anywhere near 60 minutes of exercise you are supposed to get nowadays, there is only so much kicking a ball with his dad he wants to do- it is just endless.

“At this stage now, as a parent I am saying I don’t want to break any laws. I 100% support everything they have done but as a parent I need to look after my children and talking to other parents they have the same concerns. We just want children out in some kind of a manner to enjoy themselves in a controlled and safe environment, that is paramount.

“I sent a letter to the Taoiseach, the Tánaiste and the minister of sport and they got back to me to say they will raise it and look at it but that’s as far as it goes, we will just keep at it and hopefully someone will start listening.”