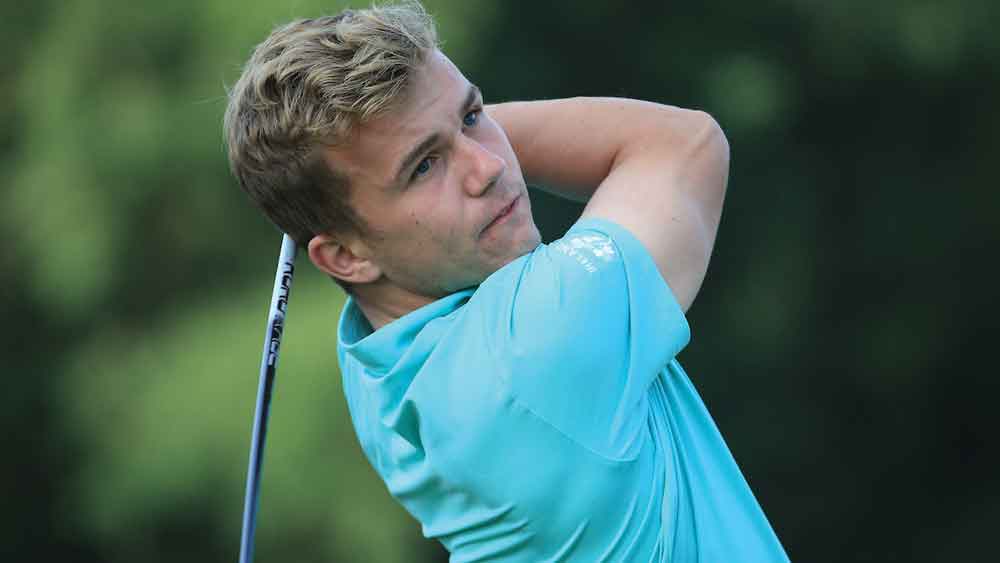 CASTLE Golf Club’s Robert Moran has been included amongst a squad of 19 players who are in contention for selection in the Great Britain and Ireland team that will face the United States of America in the 49th Walker Cup at St Andrew’s next year.

Set to be hosted at the world-renowned course on September 2nd and 3rd, 2023, this latest edition of a biennial encounter will mark 100 years since the match was first played at what is widely-regarded as the home of golf.

Though the final 10-team selection for the competition will be unveiled in August of next year, Moran is one of just six Irish players who is in the reckoning at the moment.

Alongside Moran will be two other golfers who participated at this year’s World Amateur Team Championships, Kilkenny’s Mark Power and US Mid-Amateur Open champion Matthew McClean (a native of Malone) being the others.

After narrowly losing out 14-12 to the USA in last year’s showcase at Seminole, Great Britain and Ireland will have revenge on their minds when the action finally gets underway in just under nine months’ time.

Stuart Wilson is the current captain of Great Britain and Ireland, and he explained how the likes of Moran can work themselves into the reckoning for that final squad.

“We have selected a talented group of players who are key to our preparations for the Walker Cup and share our determination to win back the trophy from the United States of America,” Wilson said.

“Our aim is to select a team which will give us the best chance of winning the match next year.

In that regard, we will continue to monitor the players’ performances in amateur events over the coming months and provide them with support and advice.

“There is also still time for golfers not included in the squad to play their way into our plans and we will be keeping a close eye on their results too.”

Still operating as an amateur from the Rathfarnham-based Castle GC, the 23-year-old Moran was tied for 18th place at the European Amateur Championship in Spain back at the end of June.

He was ranked fourth in the European amateur golf rankings at the time, just behind fellow Irishman McClean.

Although he is currently seventh in the standings, he remained competitive for the rest of 2022.

He finished 76th in the latter tournament from a field of over 200 golfers and subsequently earned 30th spot at the Faldo Series in the same country in late September.

Moran has also achieved three top-10 finishes in 2022, including a third-place showing at the Irish Men’s Open Amateur Championship in May