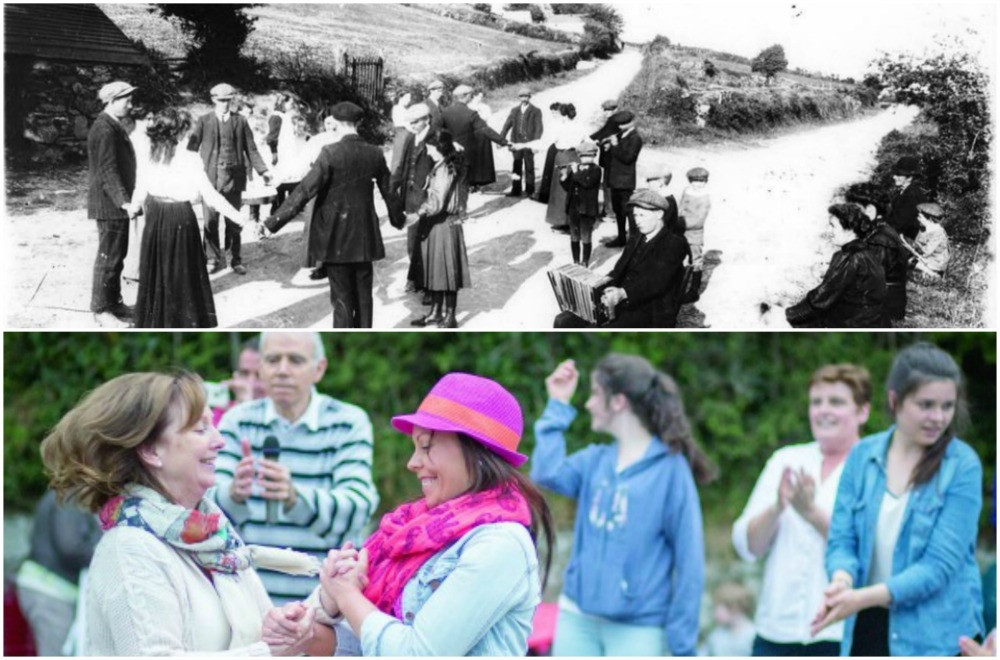 Ceili at the Crossroads: Our rural neighbours revive an old tradition

The Ceili at the Crossroads takes place this weekend in Glenasmole and locals are being asked to turn up in their best rural garb.

The community event will take place in the hills of rural Tallaght, reviving a decades old tradition for its third year.

Ceili on the Crossroads is run by the Pure Mile Committee, a group made up of volunteers from Wicklow and South Dublin County.

Every year, the Cunard Pure Mile Committee encourages communities and groups living in rural areas to nominate a mile stretch of road (approx. 1.6 km), and keep this area litter/rubbish free, research information about their local wild flowers, plants, trees, animals, built heritage, history, and the folklore associated with their areas.

Donie Anderson is a farmer from Glenasmole. He spoke to Echo.ie about Ceili at the Crossroads.

The event’s origins hark back to before the 1930s. However according to Donie, before 2014 Ceili at the Crossroads had been long forgotten about.

He said: “It wasn’t celebrated for 50 years. People moved on, houses and roads were built.

Donie gave a lowdown on the festivities: “It’s an evening of Irish dancing. There’s dancing sets by children, traditional music and local musicians come down.

“Last year we had around 200 people attend and we think there’ll be even more. It’s open to everyone – we have people from the surrounding areas from Kilbride to Clondalkin coming down.”

The organisers are asking attendees to wear ‘pre-1930s’ clothing to give an authentic feel to the occasion. Think waistcoats, shawls and ‘pinny aprons’.

To encourage as many people from the community to attend, there will be a complimentary bus service travelling from St Anne’s GAA club up to Glenasmole.

The event is due to run from 7pm to 12am on the crossroads of Cunard, but rumour has it that the festivities tend to continue until the sun comes up.