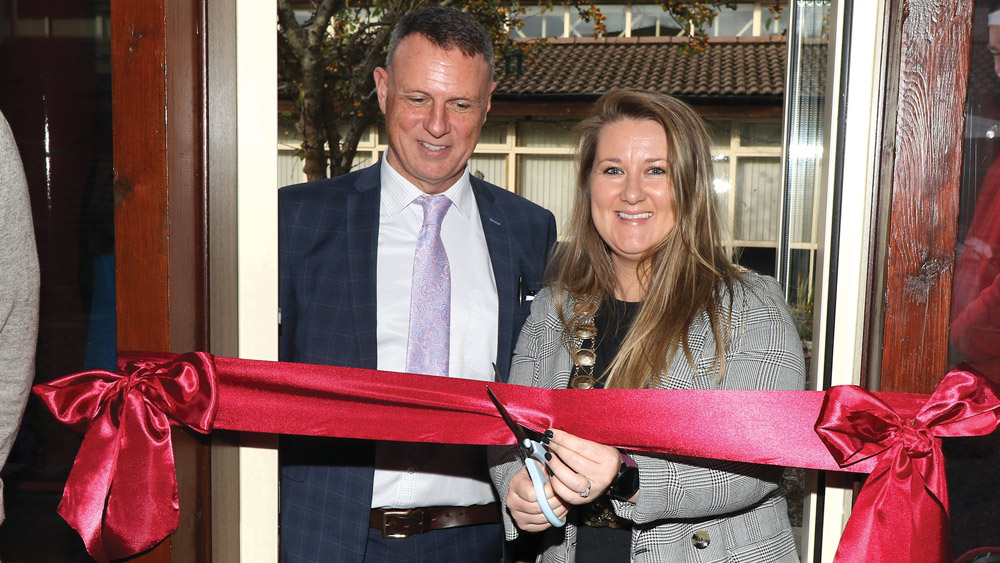 A SCHOOl which has established itself as a hub for the Irish language is celebrating the theme of daichead bliain faoi bhláth – or ‘forty years in bloom’, as it translates.

Forty years of history as a Gaelscoil was celebrated in Coláiste Chilliain secondary school on Friday, October 27.

After opening Scoil Chrónáin in Rathcoole, and amidst a rapidly growing Naíonra, community group Muintir Chrónáin opened the doors of another Gaelscoil, this time in Clondalkin in 1981.

Prionsias Ó hAilín was involved with Muintir Chrónáín at the time, and he became the first permanent principal of the school called Coláiste Chilliain.

What started off small, has blossomed into a hive of Irish language and culture.

“Forty years of Coláiste Chilliain is an achievement of course, but it’s an ode to the Irish language,” teacher in the school and current chair of Muintir Chrónáin,” Maedhbh Ní Cheallaigh, says.

“There has been enough families over the years who have decided they would go through the education system through Irish to keep the school going since 1981.

“We are working to keep the Irish language alive, and what sets us apart from other secondary schools is that we do everything here in Coláiste Chilliain through Irish.”

Coláiste Chilliain was due to mark the 40 years last year but had to postpone the celebrations due to Covid-19.

So, it took place last week with an afternoon of music, refreshments, and the official opening of Gairdín Cuimhneacháin, a tribute to all staff and pupils who have passed away, over the years.

The school established an organising committee for the event, which included Maedhbh, that was headed up by current deputy principal, Sorcha Ní Dhomhnaill.

Past principals Prionsias  Ó hAilín, Finín Máirtín and Joe Mac Suibhne were all in attendance alongside past deputy principals, teachers, and students.