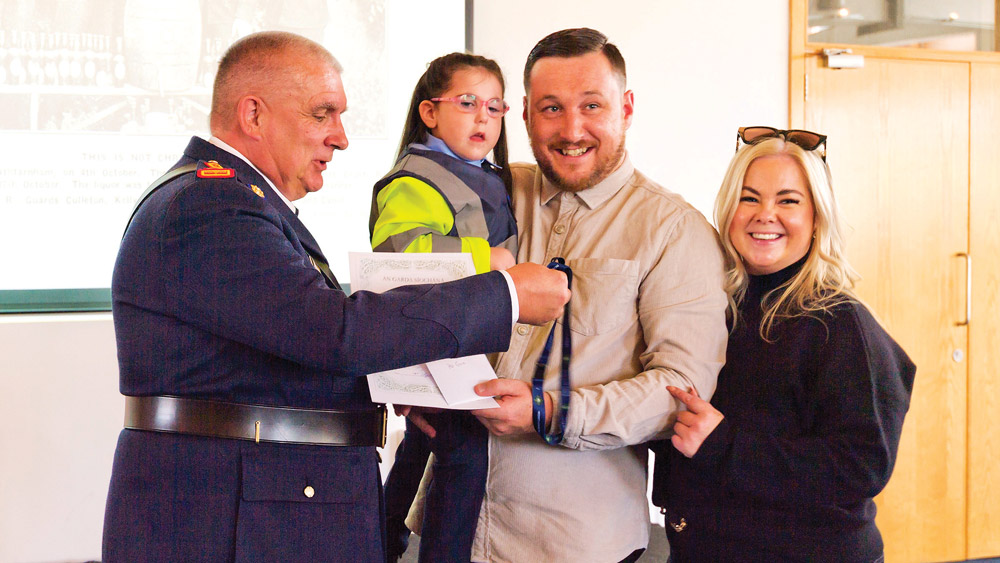 RETIRED and serving gardaí from Rathfarnham and Tallaght garda stations marked the centenary of the founding of An Garda Síochána at a well-attended event at Tallaght Stadium last Saturday afternoon.

Two Tallaght gardaí who lost their lives while on duty were commemorated at the event, and many of the serving gardaí attended with retired relatives.

The gardaí who were remembered at the ceremony were Sgt Andrew Callanan, who died in an arson attack in Tallaght Garda Station in 1999, and Garda Patrick Reynolds, who died from a gunshot wound after disrupting a heavily armed group of bank robbers in Avonbeg Gardens in 1982.

The two deceased gardaí are remembered at annual events held by Tallaght gardaí, however this year they decided to hold the commemoration alongside the centenary celebrations. 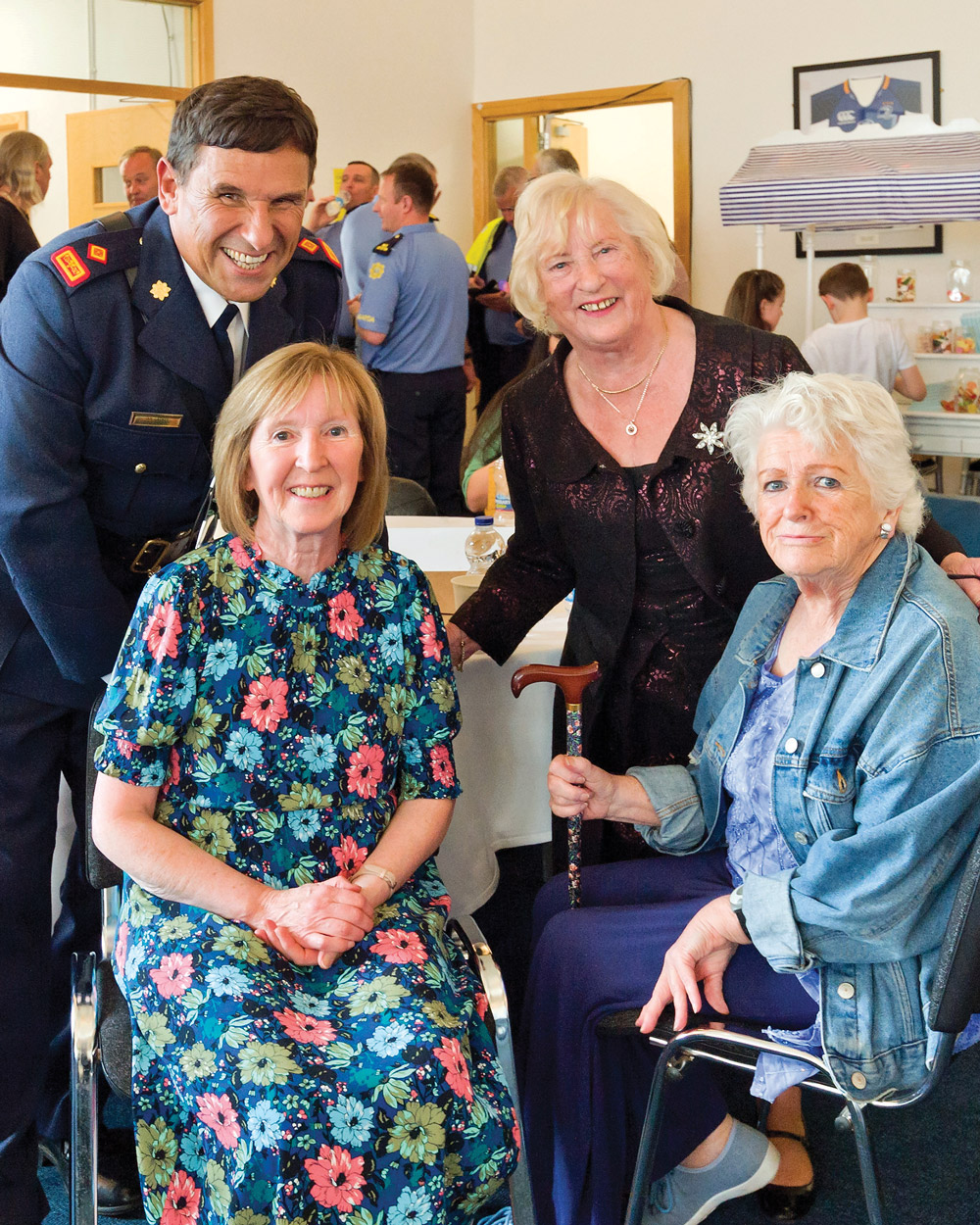 “We had about six members, where both father and son and father and daughter had worked in the district.”

The Tallaght district itself has also been something of a pioneer of policing, as in the 1980s it was one of the first areas where community policing was rolled out, before being implemented nationally.

For Supt Lackey, Tallaght Garda Station has been a place that he’s returned to throughout his career, and a community in which he’s proud to serve. 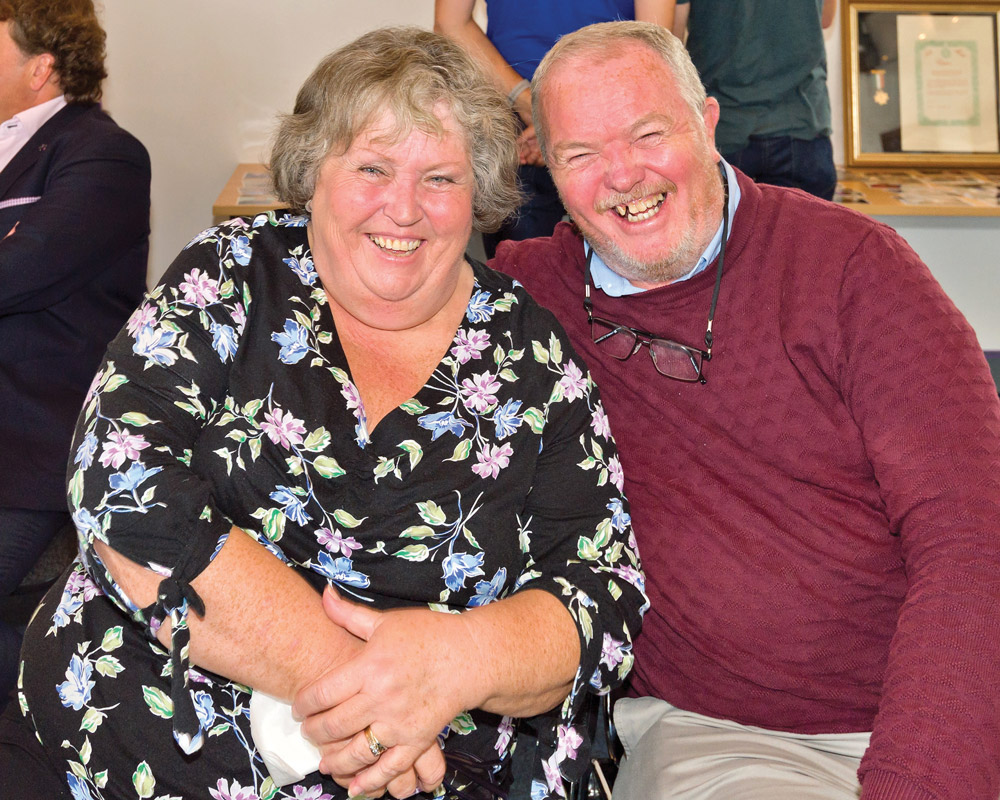 Margaret and Joe O’Connor enjoying the event in Tallaght Stadium

“I started here as a student guard in 1992, then after I graduated, I went to another station,” he explained.

“I came back as a sergeant in 2001, then left for a few years, then came back five years ago as superintendent.

“It’s a special place to work in. There’s very good morale in the district and a very good work ethic.” 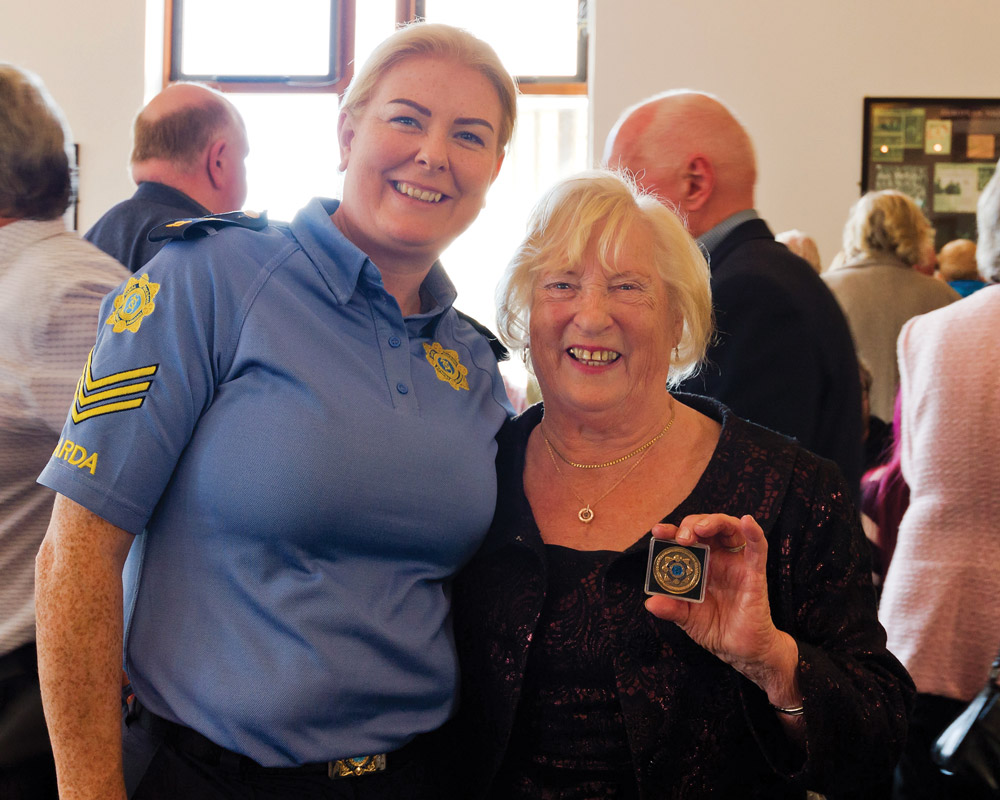 This morale was also on display when two local children with life-limiting conditions were conferred with honorary garda status by the local gardaí.

The graduation of the honorary gardaí was organised by the Little Blue Heroes Foundation, which was set up by gardaí to financially support the families of children who are seriously ill.

The graduation was a highlight of the multi-faceted event, which allowed serving and retired members from Tallaght and Rathfarnham to reconnect, and reflect on the evolution of An Garda Síochána over its 100-year existence.

NEWER POSTNature on our doorsteps: Season of mists . . .
OLDER POSTCleansing services around the county under ‘constant review’