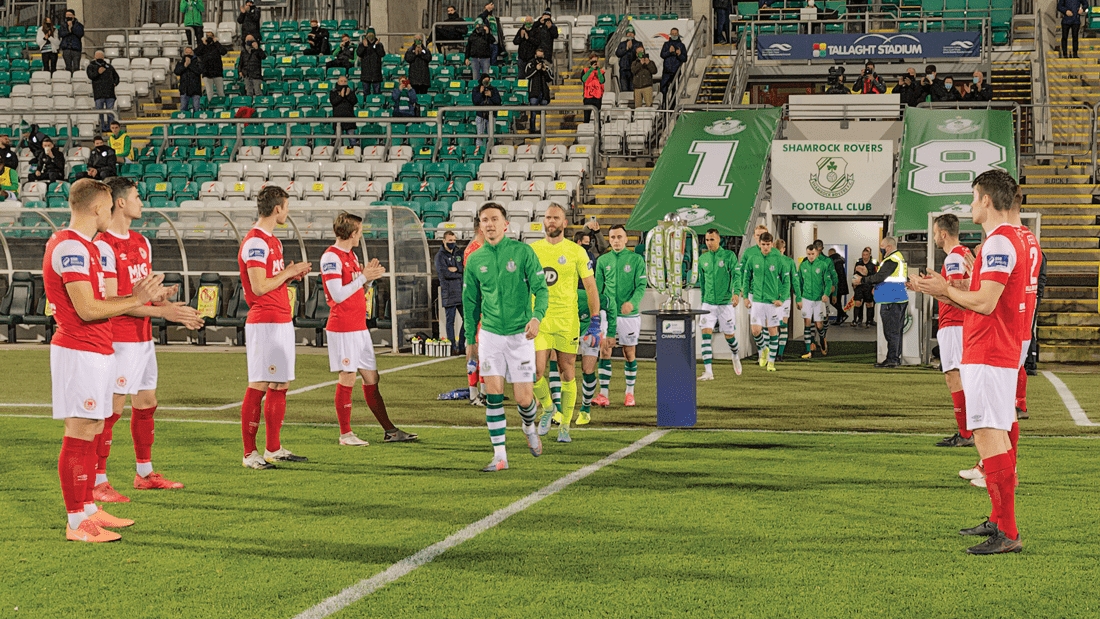 For the third time in the history of the club, Shamrock Rovers have completed a League of Ireland campaign with an unbeaten record,.

Courtesy of their convincing 2-0 victory against Shelbourne at Tolka Park on Monday, Stephen Bradley’s side finished with 15 wins and three draws from 18 games.

Of course, the Coronavirus pandemic ensured it was a dramatically reduced season but it was still a noteworthy achievement for The Hoops to follow in the footsteps of their 1924/25 and 1926/27 top-flight winners.

While Jack Byrne - who is set to link up with the Republic of Ireland squad ahead of their UEFA Nations League encounter against Wales in Cardiff on Sunday - understandably garners the plaudits, this Rovers side are far from being a one-man show.

The former Manchester City Academy prodigy was the Hoops’ top league scorer with nine goals, but Graham Burke and Aaron Greene were just behind him with eight and seven goals respectively.

Dylan Watts, Aaron McEneff and Roberto Lopes all finished the season on three goals apiece and with 14 players in total getting their name on the scoresheet, it’s clear that Bradley and his coaching staff weren’t reliant on any one individual to produce the goods for them on a given day.

Like Byrne, former Aston Villa trainee Graham Burke has been capped twice by Ireland at senior international level. He is currently on loan from Preston North End, having left the Tallaght club to join the English Championship outfit in June 2018.

In the past few months, Burke’s contract at Rovers was extended until the summer of 2021, but Bradley will undoubtedly hope he can remain beyond this point.

It is also expected that Byrne will be the subject of cross-channel offers with the likes of Bournemouth, Stoke City and MLS side Colorado Rapids reportedly interested in his signature.

Rovers have had negotiations of their own with the 24-year-old and if they are able to keep hold of the creative midfielder, it will signal a serious statement of intent from the club.

The dramatic sea change in the League of Ireland landscape can be traced back to last year’s FAI Cup final when the Hoops got the better of Dundalk in a dramatic penalty shootout at the Aviva Stadium.

Had the County Louth outfit come through that titanic battle, they would have ended 2019 with a domestic treble to their name. Instead, Rovers got their hands on this coveted piece of silverware for the first time since 1987 and have pushed on to become the league kingpins.

Bradley’s troops will be in no mood to relinquish their Cup crown and tomorrow week sees them travelling to Ballybofey for a quarter-final tie against Finn Harps.

This year’s decider is set to take place at the end of this month and while it is due to be played behind closed doors, the Rovers faithful will hope there is another reason to be cheerful.

NEWER POSTChampions Dublin book their place in semi-final after Waterford victory
OLDER POSTWhat is Covid? Find out in this Free Downloadable Children’s Book