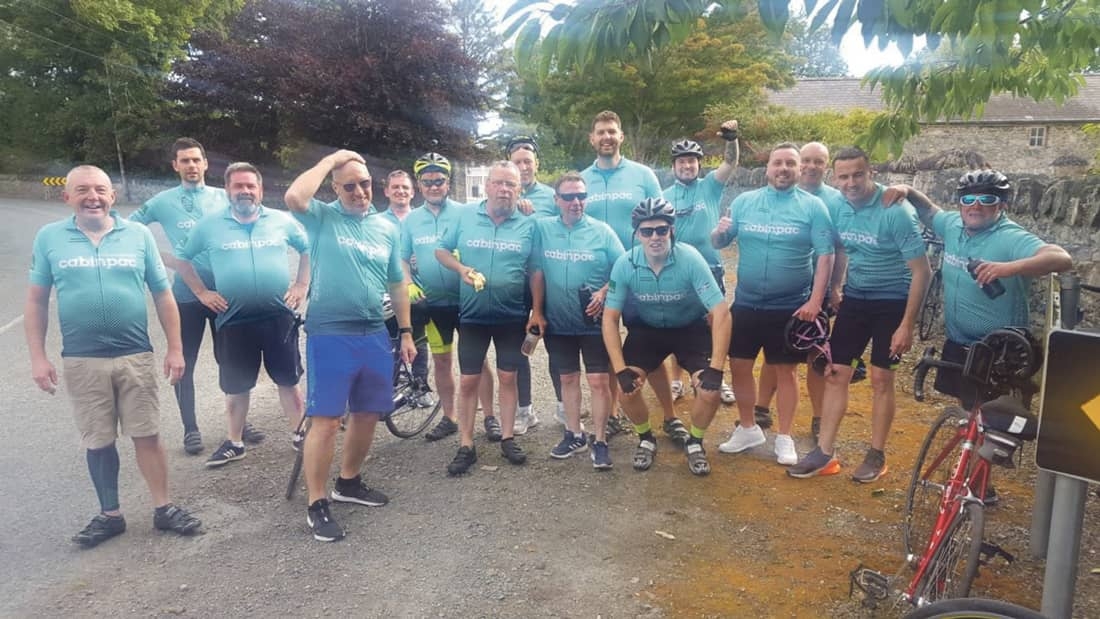 A GROUP of friends from Clondalkin and Ballyfermot cycled from Clondalkin to Courtown – and raised over €10,000 for a new sensory room for children with ASD who attend the Sacred Heart National School in Sruleen.

The group of 18 cyclists, made up of Clondalkin’s Handball Harriers and five cyclists from Ballyfermot, covered over 100km during the course of the day.

The fundraiser was the brainchild of Bawnogue man Patrick Boggans, whose son Riley is on the spectrum and will begin attending Sacred Heart’s ASD Unit when he starts school in September.

Patrick said that, after trying several different schools, he felt lucky that Riley managed to get a place in an ASD Unit, but that he was aware that there were other children on the spectrum who will have to attend mainstream classes in the school, as there are no places available in the dedicated unit.

After finding this out, Patrick decided to fundraise for a sensory room for children on the spectrum who are attending mainstream classes, to give them the opportunity to regroup or take some time out in a calm and quiet environment if they experience a sensory overload.

Stuart O’Connor, who took part in the cycle and whose daughter attends Sacred Heart, told The Echo: “I know people whose kids have autism, and to know what the money raised is going to do . . . it’s fantastic.

“There was a lot of chat along the way during the cycle, and what kept us going was remembering why we were doing it.

Sandra Smullen and Patrick Boggans with the cheque for over €10k

“If you’re raising money for a charity you don’t always know where it’s going, but we know where every penny of the money that was raised is going and we know the good that it will do for these kids.”

The fundraiser started out with modest ambitions to raise enough money to kit out a sensory room for children with ASD, but as the group raised a total of €10,542, this means the school can invest even more in the room and will be able to fit interactive televisions in the room.

“We just want to say thanks a million for all of the donations and all of the help,” added Stuart. “I’m sure that if the kids who are going to benefit, most from this could thank the people who donated they would.”

The cycle itself went off almost without a hitch, with the exception of three minor punctures, and the cycling route took in the Naas Road, the Grand Canal down to Donnybrook, then the N11 and straight down the coast road to Wexford.

On their arrival in Courtown, the cyclists were greeted with a crowd of family and friends cheering them on.

“We had great craic. The weather was fantastic and the atmosphere was brilliant,” said Stuart.

“It’s extremely hard to put into words, but the sense of achievement after the cycle was a fantastic feeling.

“The cheer out of all of us when we realised how much had been raised . . . it was like Dublin had won the All-Ireland.”