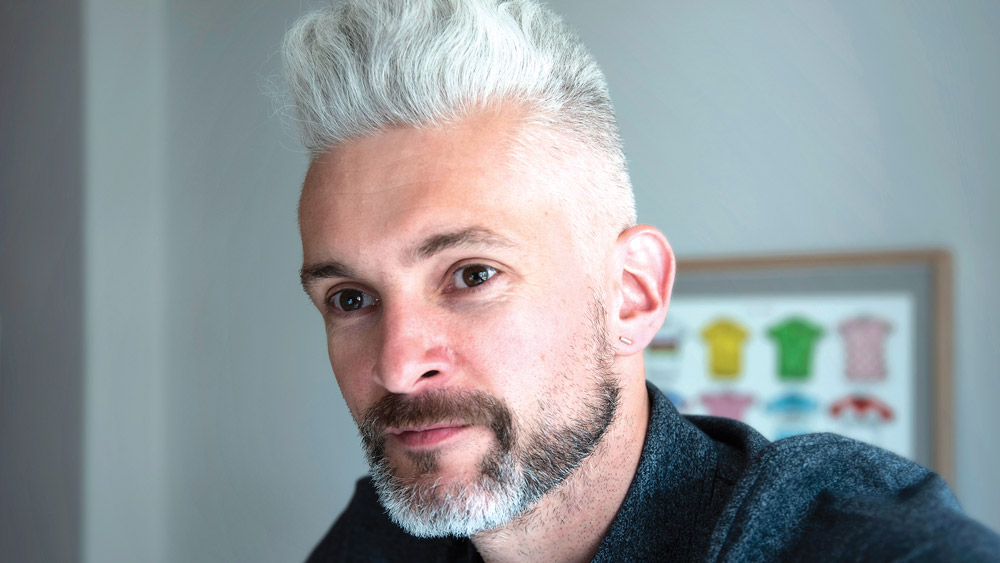 Garreth Murphy from Rathfarnham is behind the new humanitariann campaign and inset, the Chicken for Kyiv logo

A RATHFARNHAM creative director is behind the branding of a new humanitarian campaign for Ukraine, targeting restaurant owners, called ‘Chicken for Kyiv’.

Garrett Murphy from Rathfarnham, and the creative director of Ballinteer-based brand studio Gargoyle Creative, answered the call-out for the initiative in mid-March.

‘Chicken for Kyiv’ came about as a result of an international creative brief put out by a group of Ukrainian advertising agency creatives shortly after the invasion began.

This brief was then picked up by Will Burns at Boston-based advertising agency Ideasicle X who posted a number of ideas – including ‘Chicken for Kyiv’, which Mr Murphy then took on for the international market.

The aim of ‘Chicken for Kyiv’ is to encourage chefs in bars, bistros and restaurants globally to put chicken Kyiv on their menus.

They will then donate a portion of the proceeds from the sale of the dish to humanitarian appeals from agencies that are active in the region, such as the Red Cross, Medecins Sans Frontiers and Unicef.

The process of designing the campaign began with developing the typeface, which Gargoyle Creative purchased from Kyivan typeface designers.

Offering further details about the campaign, Mr Murphy from Gargoyle Creative said: “Colour for the campaign would be restricted to just the blue and yellow of the Ukraine flag.

“The campaign will live purely online, allowing global reach and interaction through a single dedicated Instagram page and hashtag: #chickenforKyiv.

“Design assets are freely shared for any participating restaurant venue to use the ‘Let’s Cook Chicken for Kyiv’ logotype on their own posts and feeds.

“There has been great interest so far with restaurants, food photographers and writers being in touch.

“A large nationwide hotel group in Ireland are working on a plan to place Chicken Kyiv on menus across their venues.”

The campaign is already off to a strong start, as several top bistros in New York City, Dublin and Portugal have agreed to join.

Donations can be made to the Red Cross, Unicef #1, and Medecins Sans Frontiers at DONATE.