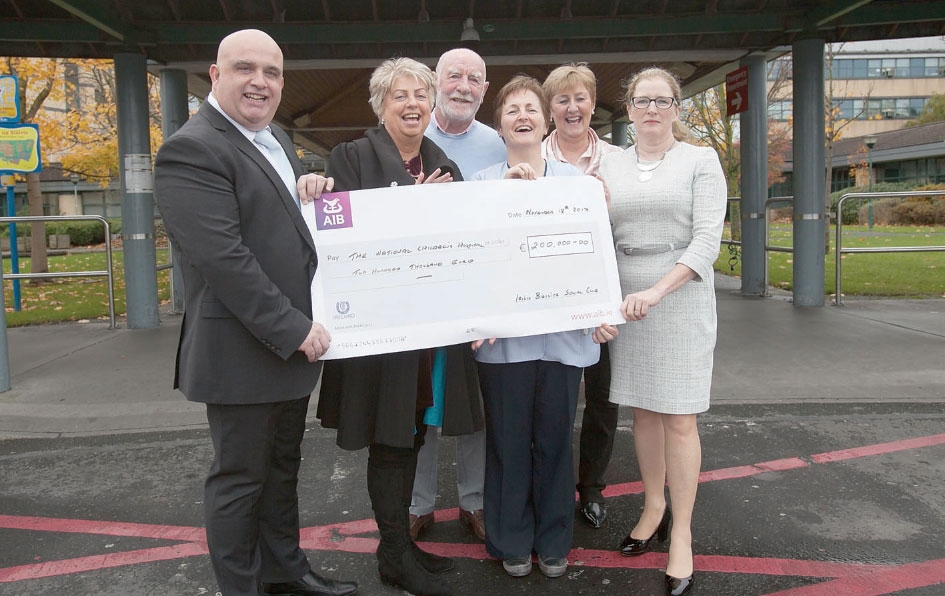 JACOB’S Social Club received €400,000 from Amazon when members handed their Belgard Road building over to the tech giant earlier this year – with generous club members leaving an incredible legacy behind by donating all of the money received to two children’s charities.

The Jacob’s Irish Biscuits Social Club, which is an intrinsic part of the history of Tallaght and its surrounding communities, was established in 1980, shortly after Jacob’s moved out to Tallaght from Bishop Street in the late seventies.

Over the years, the club, which has ceased operating, played an important role in the social landscape of the area, with most people living locally having some link to the social club either through family, friends or neighbours.

As previously reported on in The Echo, the club was in discussions with Amazon about their former home on the Belgard Road – after the online retail giant in 2015 bought the site of the former Jacob’s factory, where the club is located.

At the club’s final annual general meeting in August, members negotiated a sum of money with Amazon, which The Echo can now confirm was €400k.

With around 1,000 members remaining, the club, in an amazing act of giving, voted-in-favour of dividing the €400k between two charities, the National Children’s Hospital at Tallaght and the LauraLynn Children’s Hospice.

Speaking with The Echo after two cheques, valued at €200k each, were handed over to both charities last weekend, Maria Breen, former club committee secretary, said: “This is all about community helping community, and it’s a great achievement for the club and its members. It’s not every day you get to give a charity €200,000.

“This was just ordinary workers wanting to leave a legacy for the Jacob’s Social Club . . . and to help the younger generation.”

She added: “There are so many members that people thought it would be nice to do something constructive with the money, and members decided to donate the money to charity and voted for the National Children’s Hospital at Tallaght and LauraLynn.

“Jacob’s was a real family place, husbands and wives worked there and then their sons and daughters, it was a real generation to generation place and it felt right to donate the money to charities that care for the next generation.

“Members are thrilled and delighted that they have been able to do something constructive with the money… and leave some sort of legacy.”

The money will be used by the National Children’s Hospital in Tallaght to replace an important piece of equipment, which is 20 years old.

Lillian McGovern, Head of Communications at the National Children’s Hospital Foundation told The Echo: “We are absolutely delighted to accept this very generous donation from the Irish Biscuits Social Club.

“The donation is going directly to purchase a state-of-the-art Xray machine to replace the existing one which is twenty years old.

“This donation represents the very best of local community support – and the legacy of this generosity will be appreciated by children and their families for many years to come.”

Susan Clancy, of the LauraLynn Ireland Children’s Hospice, said:  “We are extremely grateful to the Irish Biscuits Social Club for their generous donation of €200,000.

Irish Biscuit’s donation will help us acquire a cosyfit bed for our Hospice. This specially designed piece of equipment is comfortable for the child and accommodating to their complex needs.

“It will also enable us to transform our Butterfly Suite, a private space in LauraLynn Hospice where families can spend time together with their child who has recently died. We’re also going to design and create an outdoor Bereavement Area in our beautiful grounds, a special place that families can continue to visit in remembrance of their precious child.”