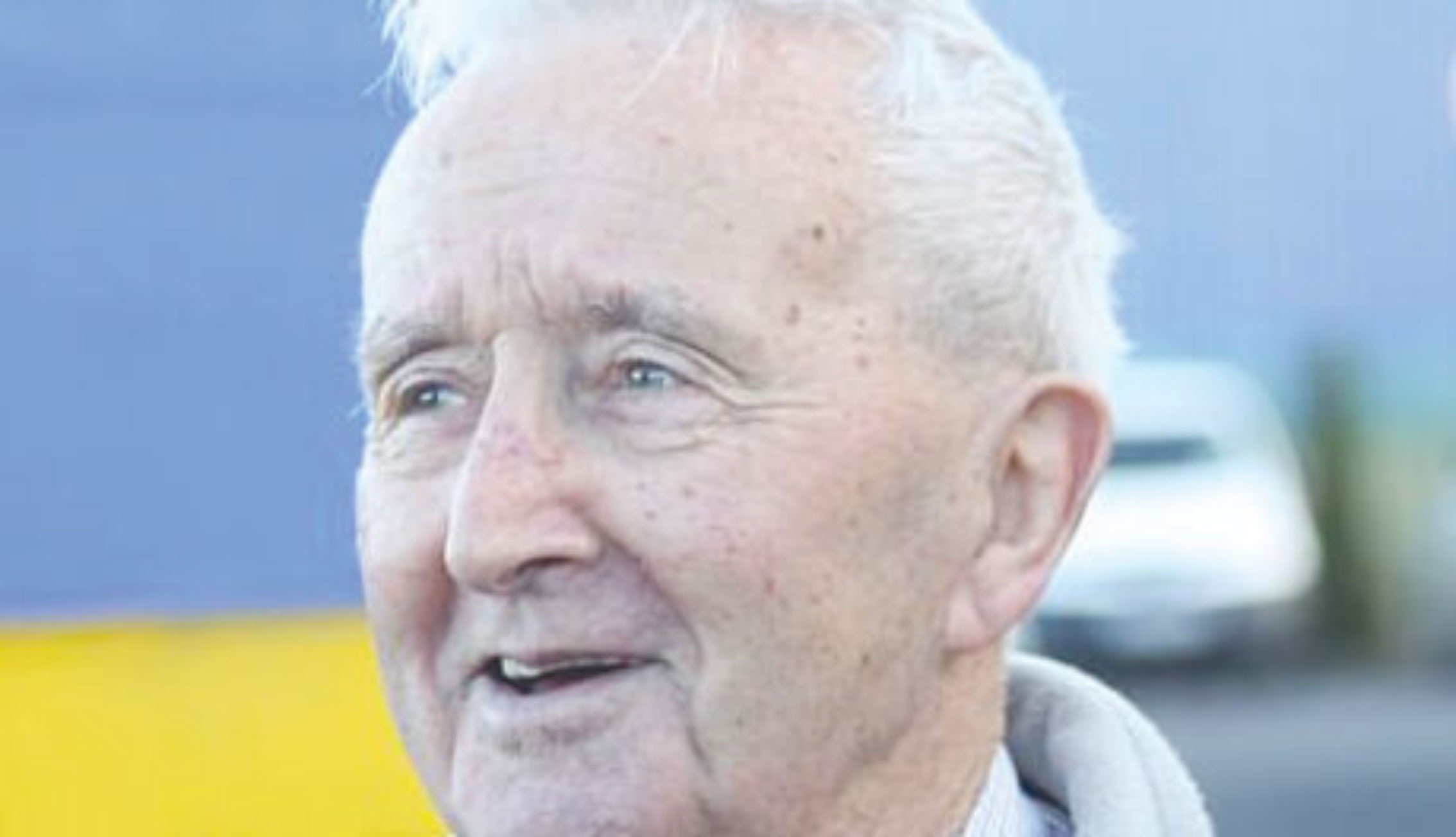 THE LAST surviving member of Bluebell United FC’s first ever team passed away last week, signaling the end of an era.

Members of the club made the tragic discovery at Christy Beahan’s home on Monday evening, April 9.

“The curtains were pulled on his bedroom window, we knew something was wrong,” said Bluebell’s public relations officer Anthony O’Brien.

“When we got into the house, there was no sign of a break-in, nothing suspicious about his death, but it was a terrible shock

“Brian Kerr called earlier in the week, asked if we could get a picture with Christy and Dundalk manager Stephen Kenny, a former Bluebell schoolboy player.”

The Echo understands Christy passed away on Sunday, April 8, in what would have been the 61st wedding anniversary with his late wife Sally, who passed away in 2006.

Christy’s older brothers Liam and Charlie were among a group of six men who gathered at the home of Cyril Mahony in 1946, to form Bluebell United.

“Christy made a massive contribution to club and community,” said O’Brien.

“He was a genuine guy. Even in his later years, he had no problem throwing a bag over his shoulders whilst helping out at the club. If a ball was kicked over the wall, he’d climb under the wires. He was incredible really. Never drank or smoked. He was the eldest in his family, and the last to go.”

O’Brien said Christy was instrumental in helping the club develop on and off the field.

“He was part of a massive fundraising campaign which led to the purchase of a galvanised hut, and an active community element within the club. In 1980, the club expanded to cater for dressing room and showers. Christy was so proud.

“As the years rolled on, Christy stepped down from his role on the Club Executive and was actively involved in the day elements of the club, becoming team kit man. In 2013, both the Leinster Senior League and the FAI honoured Christy with a special service to football award.”

A club statement “regretfully announced the passing of Christy Beahan. We are so proud of him, we applaud him. Rest in peace Christy.”

Bluebell Utd were due to hold a surprise 90th birthday party for Christy in September, but have another plan in place to honour him and his family.