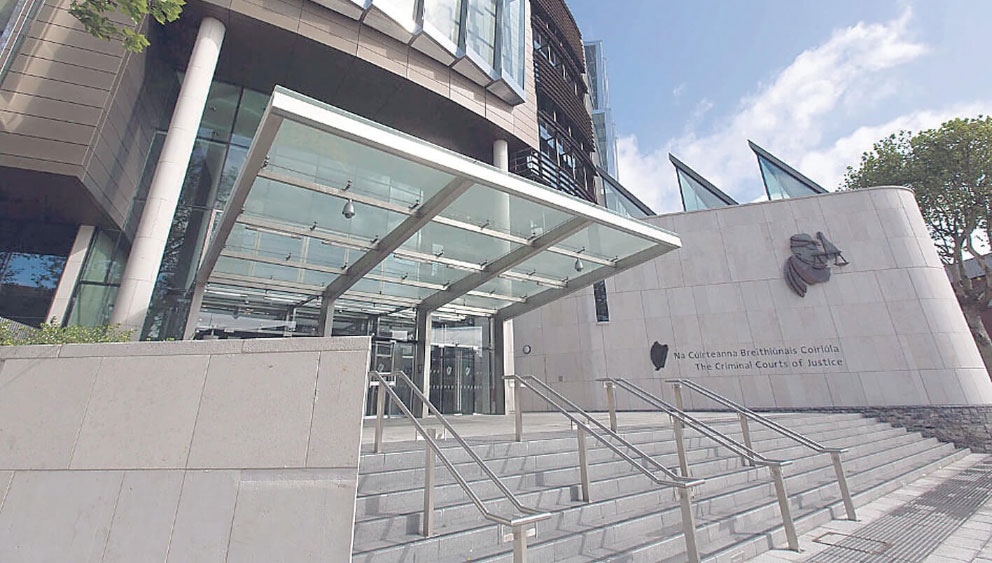 A CHRONIC Dublin drug addict described as “the black sheep of his family” who carried out a string of robberies of bookies shops has been sentenced to four and a half years in prison.

He further admitted attempted robbery and producing a weapon on September 4, 2017 at Ladbrokes bookmakers on the Walkinstown Road, Dublin.

Defence counsel Gerardine Small BL described Reddington as the “black sheep” of his family, who she said were good, solid people with “pro-social values”.

Judge Nolan said Reddington’s method had been to put an item into a bag and pretend it was a gun, which made for a terrifying experience for those who had to endure it.

The judge noted that the robberies had had long-term effects on at least one individual and he set a headline sentence of between six and seven years.

However, Judge Nolan said the mitigating factors included Reddington’s early guilty plea, his cooperation with gardai, his remorse, his drug-free status and the hope of rehabilitation that the courts must incorporate into their sentencing.

Employee Tracey O’Reilly, who was present in court, told gardai that a man ran towards the counter, raised what she thought was a weapon in a black bag and began roaring “Give me all the fifties”.

Ms O’Reilly pressed the panic button and proceeded to give money to the man, who stole a total of €728.

In a victim impact statement, Ms O’Reilly said she could not return to her job and suffered from anxiety, sleeplessness and nightmares after the robbery.

She was diagnosed with emotional numbing and PTSD and had decided never to work in a job that involves taking cash.

Ms Small said it had undoubtedly been an incredibly frightening experience for Ms O’Reilly but pointed out that the weapon had turned out to be a stick or the branch of a tree.

Garda Darren Swann told the court that on September 4, 2017, Reddington ran into Ladbrokes bookmakers on Walkinstown Road and pointed at staff with what they thought was a gun, demanding money.

Two staff members managed to lock themselves in a toilet and when they came out a few minutes later, Reddington had left and no money had been taken.

Garda Jennifer Quinn told the court that using a similar method of carrying a large object wrapped in a black bag, Reddington turned up to Paddy Powers bookmakers on Beaumont Avenue in Churchtown on August 30, 2017.

He threatened staff and robbed €714 in cash.

A few days later on September 2 last, the court heard that Reddington robbed another branch of Boyle Sports in Balally Shopping Centre of €240. He had again threatened staff with what appeared to be a gun.

Reddington has 35 previous convictions of which 22 were for Circuit Court offences including 14 robberies and others for attempted robbery and burglary.

Ms Small said her client had left school early and worked as a fork-lift driver and plasterer until he succumbed to the addictions which spiraled out of control and had blighted his life.

She said Reddington wanted to apologise and had genuine remorse for his offences.