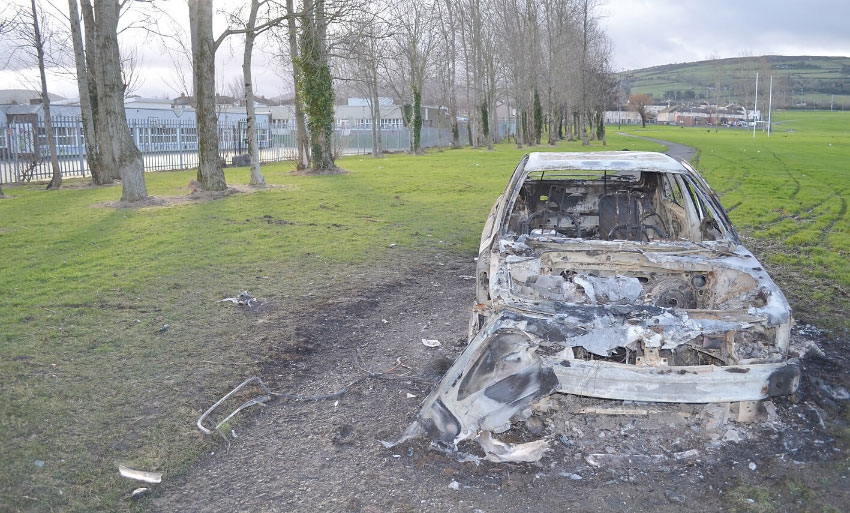 Over 290 burnt out cars in three months

Over 290 burnt out and abandoned cars were reported from January to March 2017.

In 2016, the council received reports of 353 abandoned cars, but statistics for January to October 2017 revealed this had doubled to 706 abandoned cars.

Should this year continue in the same vain of form, 2018 could see over 1,000 abandoned cars reported.

Cllr Ward said: “The figure of 292 abandoned cars in the first couple of months in 2018 shows the extent of this problem. Burnt out cars are a problem across the county including Clondalkin. There has been 42 incidents this year to date of burnt out cars in Clondalkin.”

“The cost to the council is not just monetary but the affects that it had on the environment and the community in general. Cars are being bought for little or nothing, untaxed and without NCTs. There needs to be more done to prevent these unscrupulous sellers.”

In response to Cllr Ward, SDCC said it is possible that some burnt out or abandoned cars are removed by gardai and not included in their data.

SDCC said it can take six weeks to investigate the ownership and remove abandoned vehicles depending on “complexity and level of co-operation from other relevant bodies.”

In the case of burnt out vehicles, contact is made with gardai to establish if the vehicles are “of interest” or require a garda investigation.

Generally, burnt out cars on public grounds are removed as soon as possible for public safety.