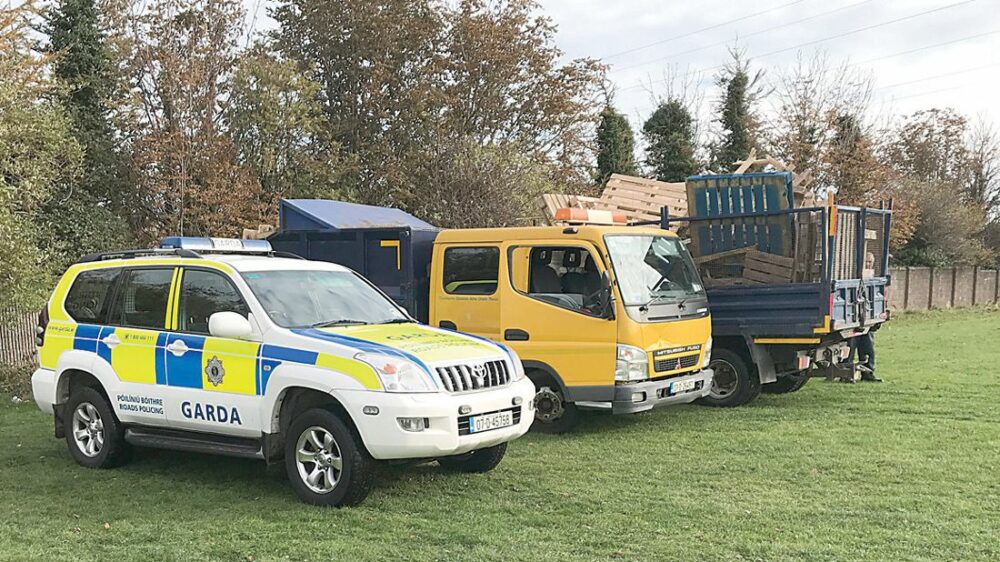 A PRIVATE house in Drimnagh suspected of storing bonfire material in the lead-up to Halloween, led to a planned operation, and saw Dublin City Council remove a whopping 450 pallets and 300 tyres from the premises.

Details of the operation were included in the annual Halloween report by the local authority, which said a team of 12 people, charged with the removal of material in the area, had to make several trips to the Drimnagh house, such was the volume of pallets and tyres on the property.

Gardai also assisted council staff with intervention at numerous locations across the city, including two sites in Inchicore.

Truck-loads of pallets and tyres were removed from industrial estates in Ballyfermot and Inchicore prior to Halloween.

Also of note, some 500 pallets and 20 tractor tyres were removed from vacant sites at the Basin Street flats in Dublin 8.

A team of 12 people worked across the Bank Holiday weekend to track and remove bonfire material between October 28 to 31.

Council officials had meetings with relevant stakeholders from September, in preparation for Halloween.

Gardai also played a “pivotal role” across a number of sites, including Goldenbridge and Vincent Street West in Inchicore.

Council trucks were made available to Kevin Street, Crumlin and Ballyfermot garda stations nightly from October 26 to 30.

Bonfires were fewer and smaller than in previous years, which the report attributed to team work in tracking materials, garda interventions, inspections, planned operations, and council-staged community events.

The heavens opening with heavy rain from 9pm to 10pm on Halloween night was an unexpected bonus.