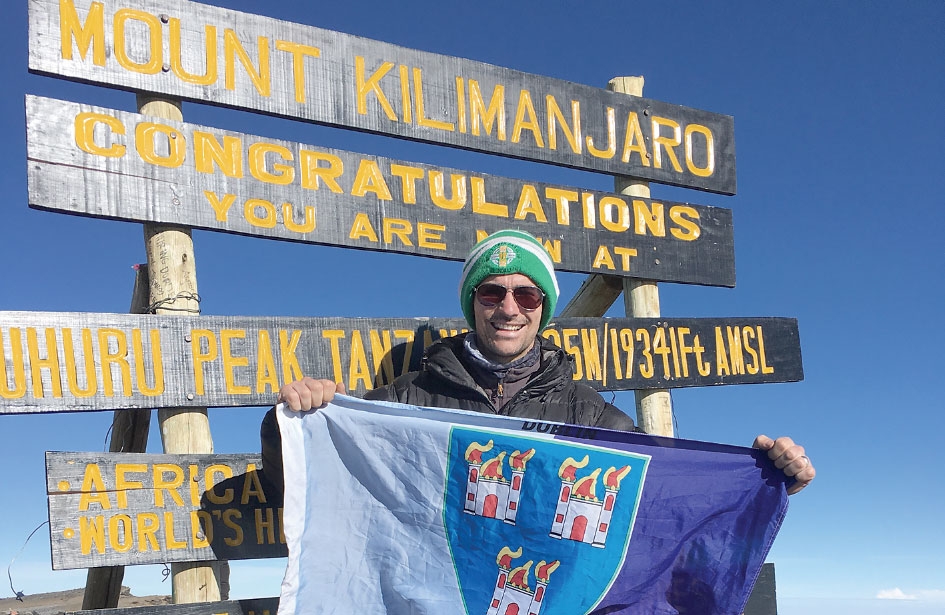 A senior GAA football captain has raised over €4,000 for the Irish Cancer Society after undertaking an arduous seven-day trek up Mount Kilimanjaro last month.

Mick Hallows, 31, who is a senior captain in Clondalkin’s Round Tower GAA Club, also held a raffle in advance of his trek which saw donated jerseys, including a signed Dublin squad jersey from the All Ireland Final 2016 and a signed and framed Irish jersey from the World Cup qualifier 1-0 win in Austria, go up for grabs.

The Rathcoole resident said that he raised money for the Irish Cancer Society because “every family knows someone who has been affected” by the disease.

Mick told The Echo that he decided to climb Kilimanjaro to raise funds for the charity because “it was a personal challenge, I wanted to do something that I wouldn’t find easy.

“The trek was brilliant, the first few days were easy enough but it got more intense as the days went on.

“It was tough, but when I got up to the summit I felt so liberated and so proud of what I’d achieved. I was standing above the clouds.”

Mick said that when he reached the summit he had a one-off Mount Kilimanjaro fairy door that the Irish Fairy Door Company had made for him, and he was also wearing a Round Tower hat.

The GAA player said: “The Clondalkin community was amazing, and it really felt like a community effort.

The money that Mick has raised will support a number of services offered by the Irish Cancer Society, including night nurses, cancer research and the charity’s cancer helpline.