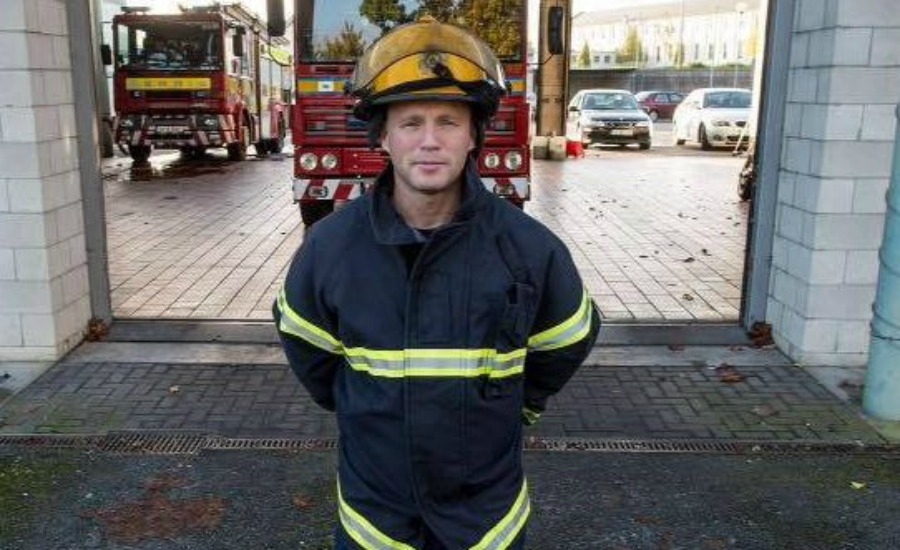 THERE’s no quenching local firefighter Podge Thompson’s energy for fundraising, with the Clondalkin dad-of-two running the Dublin Marathon and the New York Marathon within the space of a week – all to raise funds for Our Lady’s Children’s Hospital in Crumlin.

And, if running two marathons within the next 170 hours isn’t enough, Podge, who is based in Tallaght Fire Station, will work two 16-hour night shifts, two nine-hour day shifts and fly 3,180 miles – and  try to squeeze some sleep in.

Podge is well known for his fundraising efforts, which has seen him run seven marathons to date for charity – one of which he ran blindfolded and another, he carried a child mannequin, weighing 40kg, the whole 26.2 miles.

Speaking with Echo.ie, Podge said: “This year, I’m not doing anything crazy for the Dublin Marathon…I’ll just be running it as normal in aid of Our Lady’s in Crumlin…and then seven days later, I’ll be taking on the New York City Marathon.

“I don’t really know what I was thinking, I’ll be working over the course of the Halloween weekend, which is our busiest time of the year, and working a few shifts next week before heading off to New York but it’s all in aid of a good cause…and I’m sure I’ll be able to squeeze a few hours sleep in along the way.”

He added: “I’ve just hit the €2,000 mark on donations but would love to push it a little bit more.

“Any support that people can give would be great, and every penny will be going directly to the hospital.

Podge will be running the Dublin Marathon this Sunday, October 30, and the New York City Marathon on November 6.