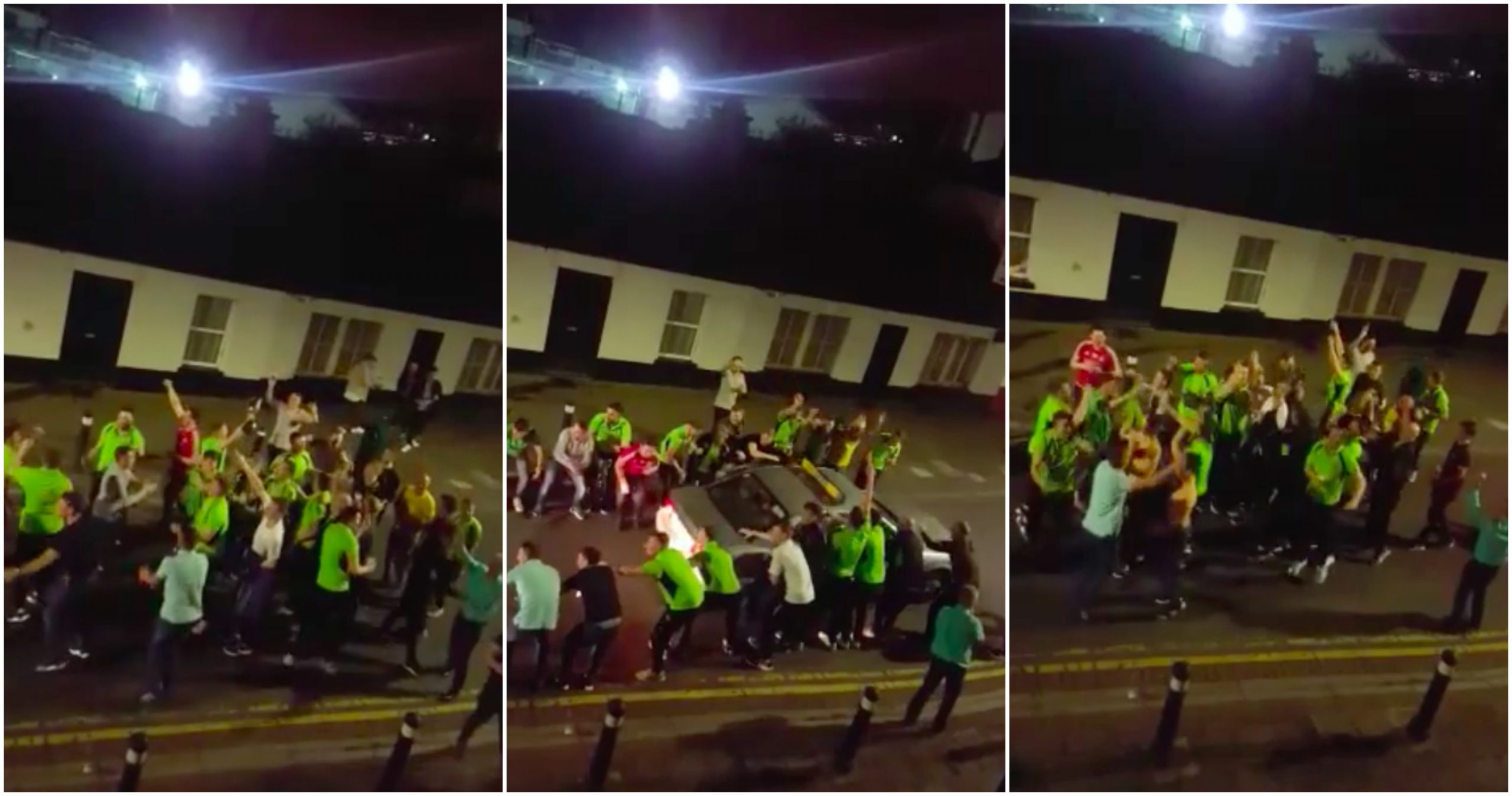 Clondalkin lads really know how to celebrate a cup win

It was a day to remember for Booth Road Celtic’s senior men’s team yesterday after they sealed a cup double when they clinched the Noel Ryan Cup.

Having lifted the Tom Carroll Cup last weekend thanks to a hat-trick from Phily Sheppard and two from Mikey Collins, attention quickly switched to their second showpiece tie yesterday against Greystones.

Sheppard was on fire again, bagging a brace, with further goals from Collins and Hooper.

The final whistle ignited the celebrations, and the lads took to the streets of their hometown later in the evening, with scenes reminiscent of Euro 2016 in France, breaking out on the streets.

Thankfully it was all in good spirits, although there were probably a few sore heads this morning.

It’s been a golden few weeks for men’s football in Clondalkin, with Collinstown capturing a memorable and remarkable treble in their first season in the Leinster Senior League.

Kevin Carroll’s men clinched the Major One league title by five points from Willow Park – scoring more and conceding less goals than any other team.

Last weekend they went on to claim the Leinster Junior Cup, beating the brilliant Sheriff YC, and on Friday the Polikoff Cup was added to make the treble.

Congratulations to both clubs, enjoy the celebrations, and go again next season.