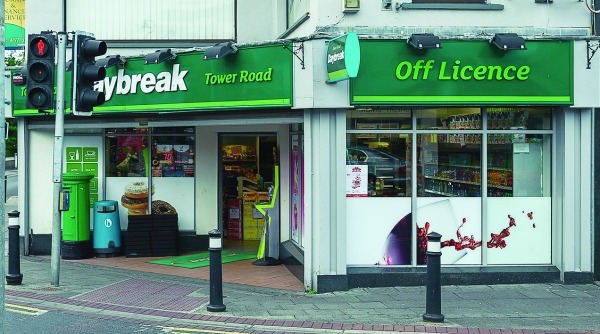 Clondalkin man charged in connection with eight robberies in 10 days

CLONDALKIN Gardaí arrested and charged a man in connection with eight separate robberies at shops and businesses over a recent 10-day period.

Detectives attached to a Clondalkin unit arrested Thomas Stokes (22) on Monday, during an operation into a spate of robberies, which occurred in the Clondalkin/Lucan area be-tween July 15 – 25.

Thomas Stokes, with an address at Oldcastle Park Lawns, Clondalkin, was remanded in custody and appeared before a sitting of Blanchardstown District Court on Wednesday.

He is also charged with robbing €77 from Ladbrokes, Ninth Lock, Clondalkin, and with a robbing an iPhone 6 worth €750 from a named female on the Fonthill Road, Clondalkin, both on July 23 last.

Stokes is also charged with robbing a box of cigarettes and €250 from Ballydowd Stores, Ballydowd, Lucan, on July 25 last.
A garda source said the most recent Daybreak robbery involved an “armed knife” and “staff were threatened before the man ran off with a small amount of cash.”

According to gardaí the Ladbrokes robbery on Saturday, involved an “apparent firearm.”

No injuries to staff were reported at Daybreak and Ladbrokes, but staff are understood to be shook up.

Independent councillor Francis Timmons said: ‘’I am appalled at the huge rise in robberies in the last few months.

“The Minister for Justice Frances Fitzgerald appears to be ignoring crime on her constituency doorstep. Daybreak is located very near to the Minister’s office. Their latest break-in involved a knife, and the shop had to be closed for some time.

“Armed robbery is a serious crime, and the Minister needs to step up and provide beat gardaí in Clondalkin. If she can’t get resources, who can.”

Judge McHugh remanded Stokes in custody to appear before Cloverhill District Court on August 2 next.