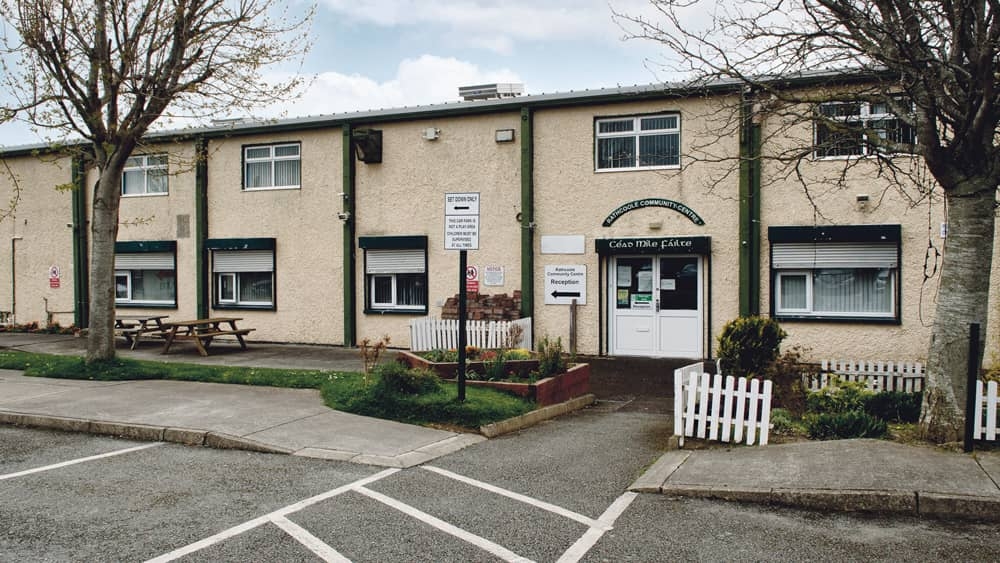 A COMMUNITY centre has started a fundraiser in hopes to raise money to refurbish the building.

Rathcoole Community Centre “urgently” need the help of the public to help raise €150,000 to upgrade the building that was built in the 1960’s.

Mr Butler said: “Our building was built in the late 60’s and over a period of time we have extended it, put on a bit here and a bit there and put on other stuff.

“Two years ago we got a sports capital grant and we put a new roof on the place.

“We brought on board a civil engineer to draw up plans for the place with all the proper exits and all that sort of stuff.

“We have been spending money, we have spent somewhere in the region of €16,000 but putting new vents and upgrades into it – the current estimate we have got if you were to re-engineer the whole building would be about €200,000.

“We would hope that we could get grants and we have to make those applications, but we would still have to come up, as a community council, with certain funding from our own funds ourselves, so that’s why we have launched the GoFundMe.”

Mr Butler added that Covid-19 has had a “massive impact” on the community centre’s income due to no activities taking place.

“Our income is down but we still have our overheads like heating the place and keeping certain things going and we did get assistance under the Covid Payment Scheme for the staff but even so, our income is down.

“That’s part and parcel of why we have to raise higher income ourselves. Any money we raise will go toward the refurbishment of the centre.”

As well as to providing sports and community halls, meeting rooms, music recording facilities, and I.T. training facilities for various local voluntary groups and organisations, the community centre also provide use of the rooms for two local preschools and Scoil Chronain has use of the sports hall throughout the school year.

Mr Butler continued: “The centre is so important, about 70 or 80 activities take place down there.

“All those are funded out of our resources and done with volunteers”, Mr Butler concluded.

If you would like to donate, please go to community-centre-upgrade-fund