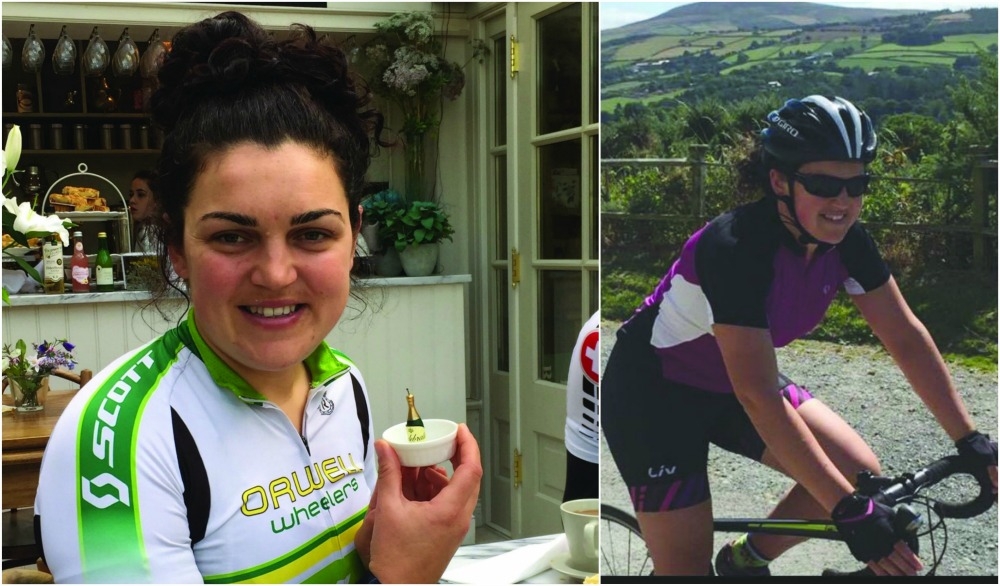 THE friends, family and cycling companions of Tonya McEvoy gathered in the Church of Our Lady of Good Counsel in Ballyboden on Wednesday to remember and celebrate the life of the 34-year-old, who died after a bike accident last Sunday.

A Rathfarnham native, Tonya lost her life when the bike she was travelling on was involved in a collision with a car in Kildare on Sunday, February 12, while out on a cycle with the Orwell Wheelers Cycling Club.

Tonya, who was a childcare worker, was remembered in a heartfelt tribute by the Orwell Wheelers this week, in which she was described as being “at the outset of her cycling odyssey”.

The tribute, written by club President, Denis Gleeson read: “Tonya McEvoy was one of our new rising stars, having only joined us during the summer of 2016.

“She loved cycling and would be out on her bike any chance she got, proudly sporting her full Orwell gear.

“I first met Tonya on those introductory spins we held for the new women last year.

“She was by and far one of the strongest of the new crop.”

He added: “Last Sunday she was out on a regular spin with some of her usual companions when the unthinkable happened.

“It was sad news when I heard that morning that one of our cyclists was “down”. We never like to hear that call, but when the true outcome of the incident unfolded, her group and indeed the whole club were all truly devastated.

“Tonya you will be forever in our memory, taken from us all far too early.

“Our thoughts in Orwell are with her mum and dad Pat and Brian, her brothers Brian and Keith and her sister Ciara.”

After a funeral Mass in Our Lady of Good Counsel, Tonya was laid to rest in Mount Venus Cemetery.