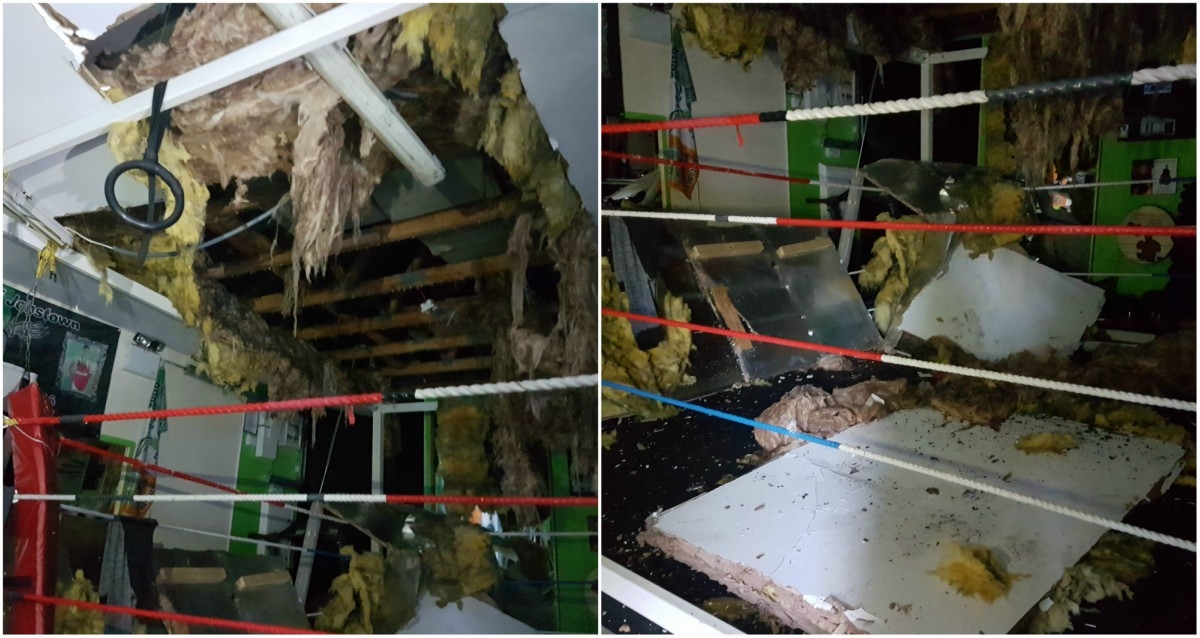 Community rallies behind Jobstown Boxing Club after fire at premises

A local boxing club has been left severely damaged after a fire at its premises last night brought down sections of the roof and damaged equipment.

Echo.ie understands that an internal fire broke out in Jobstown Boxing Club late last night (November 22), with the well-used community facility now closed until the damage can be assessed and repairs can begin.

Found in 2015, the Jobstown Boxing Club counts up to 120 kids and teenagers as members, with four voluntary coaches training young people.

Amanda Spencer is the founder of the club, and describing last night’s events she told Echo.ie: “Training had only finished at 9pm.

“At 10pm, neighbours said they saw smoke coming out of the roof. It was very terrifying, we couldn’t figure out where the smoke was coming from.

“One coach ran in and risked his life to see if he could put it out…neighbours were coming with buckets of water.”

Last night units from Tallaght fought a fire in #Jobstown boxing club which cause severe damage to their facility. BA teams were committed to flight the fire. pic.twitter.com/B0qVEQf2Kv

According to Amanda, firefighters arrived at the scene within 15 minutes of being called, but the fire had already caused substantial damage.

“Over half of the roof has collapsed… and the floor is waterlogged”, she said.

Amanda said that there has also been smoke damage to equipment.

At present, there is no confirmation on how the fire started.

According to Amanda, the club is currently being assessed by South Dublin County Council, with the team now waiting for a safety report that allows repairs to begin.

According to Amanda, no estimate of the cost can be given yet.

Club organisers are now left with the task of finding an alternative venue for its 120 members to train in.

“We’re in boxing season and we have a lot of competitions coming up,” said Amanda.

“The kids were devastated. They were watching their club burning last night.”

Amanda also wished to thank the community for its support and offers to help clean the club following the fire.

A GoFundMe page has been set up by parents linked with the club, with all money raised going towards repairs – in an collective attempt to get the club back up-and-running as soon as possible.

Local woman Chantelle Dunbar said: “[Coaches] Amanda, James and Danny are so good with the kids in the estate they go out of their way to help anyone.

“Now it’s time for us to help them back and raise money to help get the club up and running once again. Every little helps.”

NEWER POSTFancy an early Xmas present? €100 voucher for The Square up for grabs…
OLDER POSTImproving mental and physical wellbeing through food