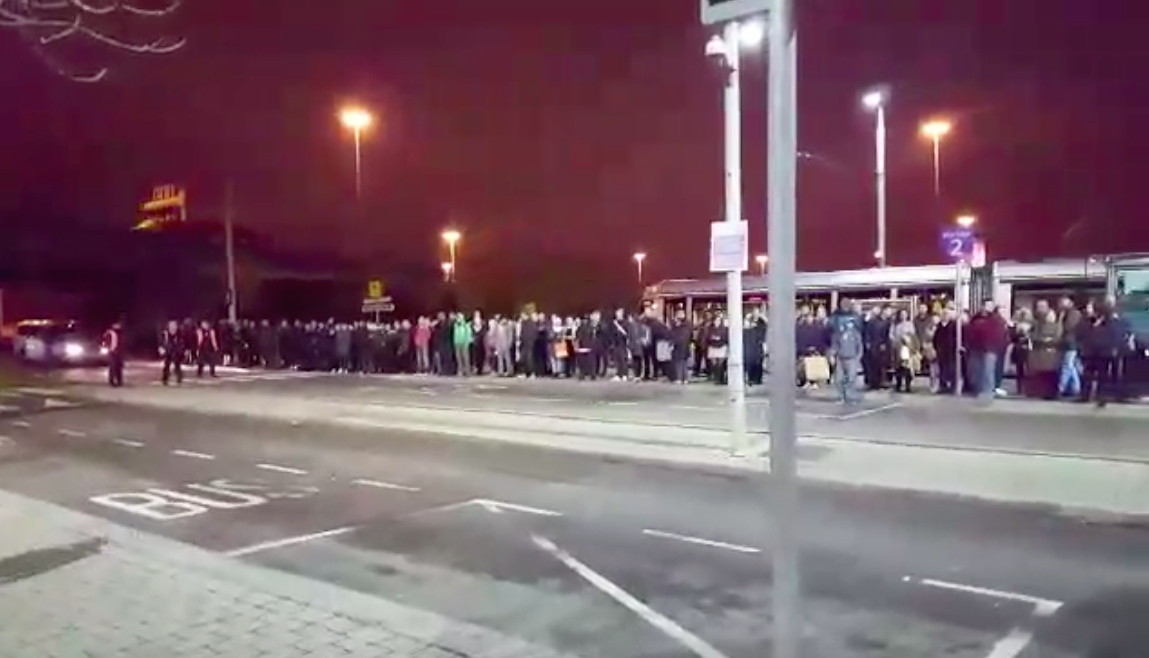 The Luas Red Line will not be back in full operation until at least 9pm tonight according to its operators.

A section of the line was closed earlier today due to a power outage which was caused when a truck was involved in an accident at the Belgard stop.

Angry and frustrated commuters took to Twitter throughout the evening after busses organised to ferry passengers to their stops were, according to many, inadequate.

@Luas big crowd at luas Citywest stop, no update on fix and no sign of shuttle bus, can you give update please?

@Luas waiting across road from Tallaght hospital stop guy on coach said he would back in a minute. A big group of people waiting here 15m

@Luas waiting at Red Cow nearly an hour for this elusive replacement bus. 100’s of people here waiting with no queuing system, this a joke?

An update released tonight by Luas read: “Red Line passengers please be advised that due to an incident at Belgard where a truck crashed into the overhead power lines, we are currently operating between Red Cow and Connolly/ The Point only.

NB: We do not expect to have services back until after 9pm tonight.

We are operating a replacement coach service between Red Cow and Tallaght/Saggart for the duration of the disruption. Valid

Luas tickets will be accepted on the coach service.